How Creatives Can Catalyse ClimateAction

Signmark How to communicate with someone who has hearing impairment?

Nick Nuttall explains how people around the globe slowly come to realise that climate protection is in their best interest and how a lovely new campaign with the name „for the love of …“ may lead the way to the first global climate treaty. 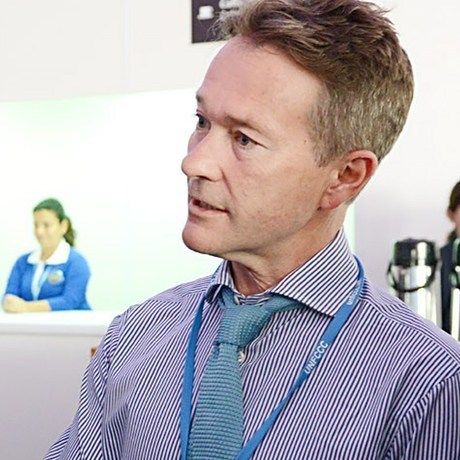 In January 2014, Nicholas Nuttall joined the UN Framework Convention on Climate Change. He is responsible for supporting the press and communications of Executive Secretary Christiana Figueres and across the Framework Convention’s operations. He is supporting UNFCCC and governments in securing a new universal climate agreement at the 2015 United Nations Climate Change Conference in Paris.

Before joining the United Nations, he was the Environment and Technology Correspondent at The Times from 1989, having worked for various newspapers and magazines including The Daily Telegraph; The Independent; the Evening Standard and London Evening News, Woman and Cosmopolitan.

Nuttall has won various awards including one of the inaugural BT technology journalist of the year awards for a feature in The Times on Teledildonics and The Tidy Britain Group’s Queen Mother’s Birthday Awards.

Nuttall joined the United Nations Environment Programme in 2001, He was, until December 2013, the spokesperson, principal speechwriter and creative writer for UN Under-Secretary General and UNEP Executive Director, Achim Steiner. Nuttall joined UNEP in 2001 working for former UNEP Executive Director and former German Minister of the Environment, Klaus Töpfer and is credited with collaborating with Töpfer to develop the UNEP theme “Environment for Development” in order to re-position UNEP in the early 21st century.

During his time at UNEP, Nuttall was responsible for transforming the organization’s media profile and, in collaboration with its Executive Director, inspiring several landmark reports including the 2009 Climate Change Science Compendium; the Natural Fix The Role of Ecosystems in Climate Mitigation and the Dead Planet, Living Planet: Biodiversity and Ecosystem Restoration for Sustainable Development. He also spearheaded the communications aimed at popularizing the concepts and ideas behind UNEP’s Global Green New Deal/Green Economy Initiative.