Josh Hare encourages us to be more actively seeking ways to affect our climate, not just be subject to it.

Josh Hare, founder of Hop & Grain Brewery, tells the story of how he came to brewing and starting a company in a regulatory climate that worked against him in many ways. He shares how he came to know that he had more influence on his climate than he originally thought. 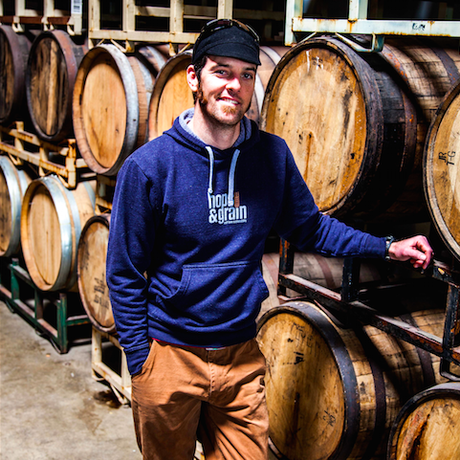 Hailing from Abilene, Texas, with Josh Hare’s formative years were spent in Colorado, It was in the mountains of Boulder that he discovered a curiosity in the world of craft beer and a thirst for something different than the standard American light lager.

He eventually took his growing interest in beer and began to develop his knowledge of the craft, working with other highly trained brewers. And thus, Hops & Grain Brewing was born. Since October 2011, Hops & Grain has tripled capacity at the brewery, as well as earned a gold medal for its German Style Altbier, called ALTeration, at the 2012 World Beer Cup in San Diego, California. With Hops & Grain, Hare strives for a focus on quality and memorability.

Josh is passionate about running a sustainable business. From making dog biscuits with the spent grains to devoting profits and time on environmental causes, Josh’s premise is simple: “Good planets are hard to find, let’s do our part to take care of this one!”

I had no idea what it would take financially to open a brewery; I had no idea how how to run the operations of a brewery, but I had a vision, and I believed in it. — Josh Hare

I like to look back at it now and laugh at how naive I was because it was an incredibly, incredibly romantic vision that materalized very quickly into a "This is ridiculous. Why am I this far into this?" — Josh Hare