Philip Lhamsuren You can never be Lost 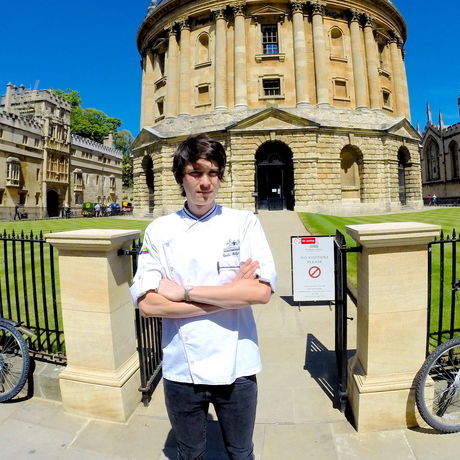 Charles is a Franco-Colombian professional chef graduated from ‘Institut Paul Bocuse’ cookery school in Lyon, France in 2006. After a classical training in kitchens in France and Italy, including two years at the three Michelin-starred restaurant “Dal Pescatore”, his work as a cook took a turn in a collaborative research with professor Charles Spence, applying insights from sensory and psychological science to culinary creations.

He has worked in Europe and South America, managing his own consulting and culinary services brand for the past 7 years; teaching in cookery schools, developing restaurant and hospitality concepts, consulting for food industry, and delivering private high-end dinners.

He is currently conducting research as Chef-in-residence at the Crossmodal Research Laboratory, Department of Experimental Psychology, University of Oxford. His work focuses on understanding the role of the senses in modulating flavour perception, with a particular interest in the visual aesthetics of food. He has recently been applying the knowledge of brain and sensory research to inform creative processes and experience design in gastronomy: Creating a bridge between the art and science of culinary practices could play a crucial role to design the healthier, more sustainable foods for the future of mankind.

Charles has worked for Carlson Rezidor Hotel Group, Discovery Channel (UK and Latam), The Fat Duck Experimental Kitchen, Oxford’s Saïd Business School, London’s Science Museum, amongst others. He is an active collaborator of Rethinking the Senses program, with London’s ‘Centre for the Study of the Senses’, University of London, and is visiting experience-curator at www.lastanusas.com, a luxury hotel in the Pacific coast of Ecuador, South America.