Gareth lets us into his very own world of sound, by sharing his inspirations and his songwriting process. Gareth also shares his sound portraits of the cities he visited. 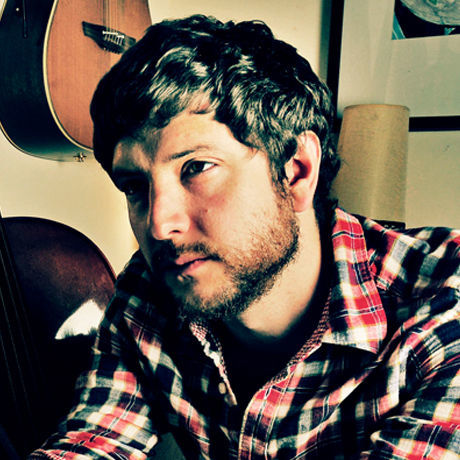 This month we are thrilled to welcome Gareth Bonello. Performing under the name The Gentle Good, Gareth is a Cardiff-based multi-instrumentalist, songwriter and academic. Gareth is inspired by traditional music and Welsh folklore. He works with international artists to create a diverse collection of unique, original and beguiling songs in both Welsh and English.

Gareth has performed all over the world, from top UK festivals, to the Forbidden City Concert Hall in Beijing. He has written and performed with artists from Australia, Canada, China, Denmark, India, Sudan the USA and the UK.

As The Gentle Good, Gareth has released several strikingly beautiful albums, several of which were nominated for the Welsh Music Prize. Y Bardd Anfarwol was awarded the Welsh language album of the year award in 2014 and was the inspiration behind an award winning play; ‘Rhith Gan’, staged at the National Eisteddfod in 2016.

Gareth’s new album ‘Ruins/Adfeilion’ stays closer to home and explores themes of identity and social justice at the start of the 21st Century. The record includes contributions from some of the finest musicians in Wales and features fabulous string arrangements by composer Seb Goldfinch, performed beautifully by the Mavron Quartet.

In May 2016 Gareth began studying for a PhD with the University of South Wales looking into the music of the Khasi Hills in North East India and the regions’ shared history with Wales as a result of the arrival of Methodist missionaries in the 1840s. As part of the study Gareth will be writing and performing new material in collaboration with Khasi artists.

As part of December’s Sound theme Gareth will be will be letting us into his very own world of sound, by sharing his inspirations and his songwriting process. He’s hoping to inspire us on the use of sound in creativity and generally in our daily lives.

When you're recording a sound, you are taking a photograph of a moment. — Gareth Bonello

Hosted by The Castle Emporium