Why radical generosity is the solution to inequality.

According to Vicki Saunders, the world we live in is made up—the rules and outdated systems that no longer serve the future we need. While it feels like everything is broken and stuck in the 1.0 version, it’s also an opportunity invent new models that replace the old, to practice leadership that is inclusive and radically generous.

In this talk, Vicki shares her thoughts on equality and showcases the work she’s doing with her company, SheEO, a global community of women radically transforming how we finance, support, and celebrate female innovators. 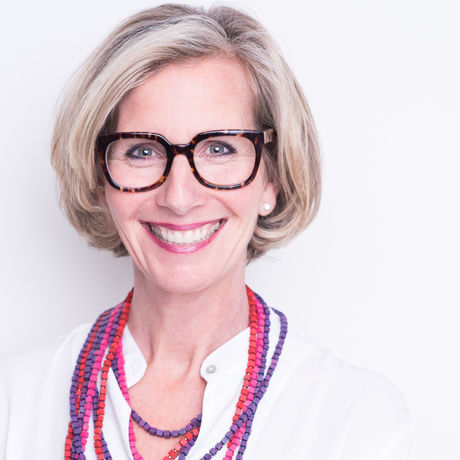 Vicki Saunders is an entrepreneur, award-winning mentor, advisor to the next generation of change-makers and leading advocate for entrepreneurship as a way of creating positive transformation in the world.

Vicki is Founder of SheEO and #RadicalGenerosity, a global initiative to radically transform how we finance, support, and celebrate female entrepreneurs

Prior to SheEO, Vicki co-founded and ran ventures in Europe, Toronto and Silicon Valley including Zazengo (an online platform for consumer and employee engagement for Fortune500 companies focused on sustainability), KidsNRG/The NRG Group (which she took public on the Toronto Stock Exchange) and Impactanation, a global consulting firm focused on engaging youth to tackle the grand challenges we are facing.

Vicki was selected as a Global Leader for Tomorrow by the World Economic Forum and was recently named one of the 100 most influential leaders from “EBW – Empowering A Billion Women”, alongside Marissa Mayer, Melinda Gates, Sheryl Sandberg, and Michelle Obama.

When I get a crusty email, I stop myself for a moment and I'm like, 'What's the most radically generous response?' — Vicki Saunders

What do you wake up wanting to change? We so desperately need you. We need your ideas, we need your leadership out there to get us to a better world. — Vicki Saunders

Right now in the world, five people have the same wealth as three and a half billion people. — Vicki Saunders

We have a model that is for funding and supporting female entrepreneurs. Here's how it works: 500 women, contribute $1100 each—it's an act of radical generosity—that money is pooled together in a fund, and then it's loaned out to five female entrepreneurs at 0% interest. They pay that money back over five years and then it's loaned out again. We're building a billion dollar perpetual fund that we'll pass onto our daughters. — Vicki Saunders