part of a series on Divergent 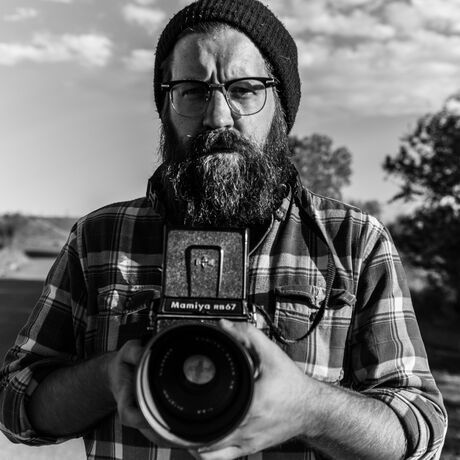 We are joined by Scott McCormick to explore February’s world-wide theme of DIVERGENT!

Is life a choose-your-own-adventure tale where we can intentionally take the path less traveled? Or are we set on a trajectory of convention, and just along for the ride?

Now, think about all of the possible divergent paths Scott McCormick has taken - some accidental, many on purpose as a creative discipline - on his journey designing visuals for some of the most iconic musicians and brands of our time.

…hear about one divergent path after another, somehow all converging together on February 19th, 2021, as Scott shares his story being a musician, a photographer, a brand strategist, a visual artist, a human, a father, a creative, and narrates an unconventionally creative tale in “choose-your-own-adventure” format.

YOU AS THE LISTENER will direct Scott’s narrative, actively choosing various trajectories of creativity and human discovery and noticing what becomes possible at the ultimate convergence of those once random paths…

Audio and video production are quite modern concepts.

But what comes after modern?

Meet Postmodern. Our team of directors, producers, artists, editors, and sound designers has been creating what’s next for over 27 years.

Our clients are forward-thinking brands, agencies, and corporations who demand killer content for their never-content audiences.

We look forward to collaborating with you today to create tomorrow.

Not on the company health plan? We have a plan for that. At Friday Health Plans, we believe in you, the bold, creative, independent solo-preneurs and small businesses. So we’ve built simple, affordable health insurance plans with benefits that are most useful to you: like three free doctor visits, thousands of free generic prescription drugs, online doctor visits and service you can rely on. We make health insurance easy so you can focus on what you do best. Even the independent need a partner, FridayHealthPlans.com/creativemornings

Ad Club Colorado provides career-boosting and fun networking events through regular social gatherings. Something about Colorado draws flocks of artists, musicians, innovators, and people with plenty of creative bones in their creative bodies. Come be with the over 400 members of our group who are the guiding force for advertising today, tomorrow, and beyond.

Scott McCormick was born in Waukegan, Illinois and started playing the piano at the age of 10. At age 13, he began his 21-year music career by playing gospel churches on the southside of Chicago. Since then, he’s performed with the Chicago Symphony Orchestra, written/scored for ESPN and Disney, and led and performed in the internationally-touring band, Boulder Acoustic Society. He’s taught alongside Grammy, Tony, and Academy Award-winning artists at Boys & Girls Club of Greater Washington in tandem with Julliard School of Music. However, in 2011, he found himself burnt out and began a new career — starting his company, McCormick Photos & Design.

Scott can be found building sets, miniatures, expansive props, backdrops, and elaborate costumes to create a unique photographic vision from real elements. In 2020, he decided to depart from music photography and pursue a career in fine art photography. He is currently working on his featured solo exhibition at Leon Gallery on March 13, 2021 for MCA’s “Month of Photography.” He works with startups and mid-level companies to define brand aesthetic and assists with marketing. His most recent Denver clients include Atomic Cowboy, Clinica Tepeyac, Swallow Hill Music, and Boost Counseling & Consulting. His photos and art have been seen in Rolling Stone, Vogue, The New Yorker, MTV, Vibe, and in Times Square.

Hosted at A Digital-Gathering!
Somewhere in the comfort of your home
Planet Earth, United States