“Burrito holsters for everyone!”

Nelson Guda describes his life as searching for and seeking out creativity. Along the way, through profound personal experiences, he discovered how important empathy and compassion are to the world. 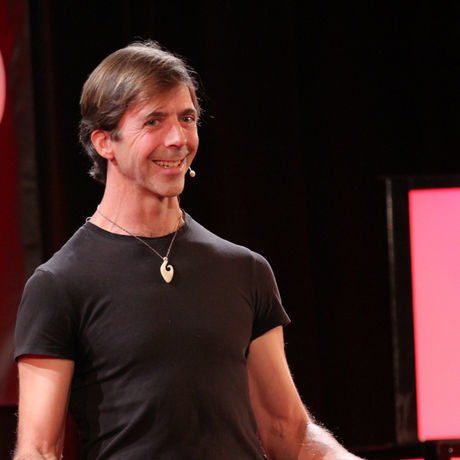 Nelson Guda began studying art as a child at the Cleveland Museum of Art and went on to study fine art and physics at Carnegie-Mellon University. During university, he spent three years in Japan studying with contemporary artists and traditional masters. He had his first solo show in Japan and then returned to the US to earn a BA in architecture and a PhD in biology. In 2000 Nelson helped establish the Environmental Science Institute at UT Austin.

In 2007, Nelson left the sciences and moved back to art full time. He used his background in biology to focus his artwork on a politically controversial conservation issue with National Forest lands, and in the winter of 2009 had his first major U.S. exhibit in the rotunda of the US Senate building in Washington, DC.. During this time Nelson developed his philosophy that actions and decisions in life are the purest form of art.

In 2010, Nelson conceived of a project to blur the boundary between art and life. Called the “Enemies Project,” he traveled to conflict zones around the world to bring people together who consider themselves to be enemies. Now, after traveling six months out of every year for his art, Nelson has resettled in Austin where he is building a startup magazine and creator community dedicated to connecting people who use creativity in any area of life.

How else could I go on living? — Nelson Guda

Hosted by lululemon @ The Domain