Artist Ed Trask shares his thoughts on how love impacts what we create. 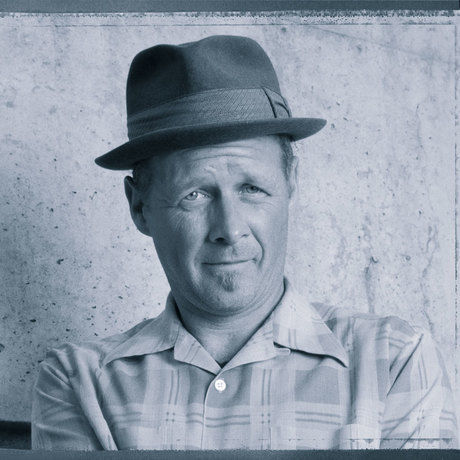 Ed Trask, after growing up in Loudoun County VA. left his rural existence, moved to Richmond VA. and enrolled into the Virginia Commonwealth University’s painting program. While in school he spent every waking hour playing music in the mid 80’s Richmond punk scene and painting. By his third year in school, after many attempts to get gallery attention, he decided to make the many dilapidated buildings surrounding his school his gallery. Paintings were painted directly on buildings, or done on boards and screwed onto the buildings illegally until the city was covered. In 1992 Ed graduated with a painting degree and moved to Washington D.C. where he started touring with the Dischord records band the Holy Rollers, and continued to paint illegal murals all over the world. Three years later he moved back to Richmond to join the band Kepone.

While the demand for his paintings started to grow, he figured he should start a gallery and make a go at mural and sign work. Since then the work has never stopped flowing in, and Ed’s paintings and murals have been collected into many permanent collections including Gap, G.E., Capital One, Fortune Magazine, N.B.C, Philip Morris, Media General, Mars and Play inc.

For me, the true origins of pure creativity - and this is before any mark is made, before any note is even played, before any design is developed or a concept is conceptualized, anything that happens - we must first fall in love. It’s vital. It’s important." — Ed Trask

This is a very first mural I did in Richmond. It was illegal. I had a fake jumpsuit, the whole nine yards, I went here and did it in broad daylight. This guy comes around from work — two cocktail day — comes around and sees it. Hates it, like, "This sucks." But you know what, I didn't care because I'd stopped him, I made him take that one second and make a creative interpretation. He looked at it and went, "I don't like it. Huh, I don't know what it's doing here, but I don't like it." . . . I won. — Ed Trask