Darell Hammond talks about KaBOOM! and how to give kids the childhood they deserve.

When Darell Hammond was two years old, his father left and never came back. Left with eight children, his mother tried as hard as she could, but couldn’t make it work, sending Darell to a group home thousands of miles away to be raised. After dropping out of college years later, he read in a newspaper about two children who had crawled into an abandoned car to play in the shade, only to suffocate and die.

Darell didn’t set out to start an organization. He just wanted to give those two children the playground they deserved. A playground that if they had had, maybe would have kept them from crawling into a car to play, leading to their deaths.

Eighteen years later, Darell is still building playgrounds and just completed his 2,416th as of this talk. Looking for deserving communities around the country, Darell works with KaBOOM! to ensure that every child gets the childhood they deserve. 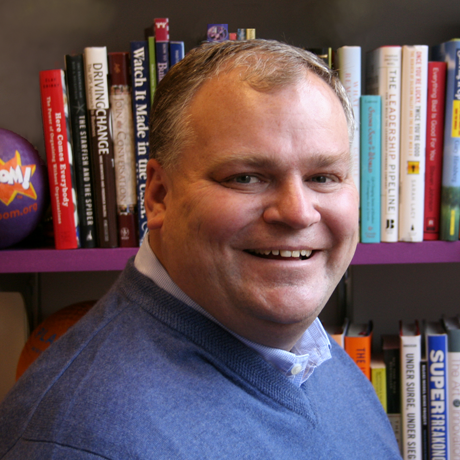 It's amazing that some kids have to ask us, "What is a playground?" — Darell Hammond

I stand here as a fourteen product of philanthropy, of charity, of community giving me a bear hug and having an opportunity to succeed although my circumstances were less fortunate. — Darell Hammond

I didn't set out to start an organization. I simply wanted to build one playground to give these children the childhood they deserved. — Darell Hammond