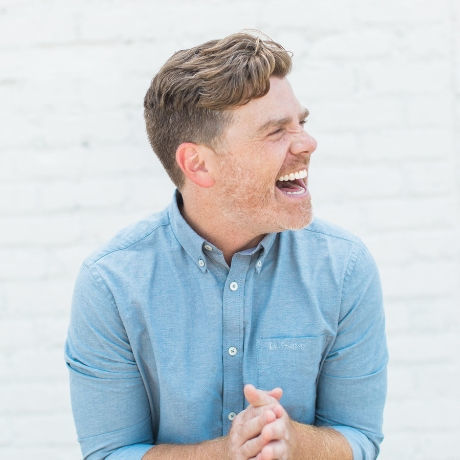 Few things excite Matt Brehony more than a messy problem in need of a creative solution. While this passion may have landed him in some sketchy romantic relationships early in life, it has served him well as a brand consultant. Through his work with Joe Smith Brand Consultancy, Matt has led successful projects for companies of all kinds—from Fortune 500s to scrappy start-ups—with a list of clients that includes Clif Bar & Company, Capital One, GE, Virginia Wine, Sprint, Beale’s Brewery, Pratt & Whitney and more.

Matt is an immensely gifted writer (he even wrote this bio) and all-around renaissance man. As an actor, his role as “that guy in those gym commercials” inspired several Virginians to get back on the elliptical. As a songwriter, he’s been called “the voice of a generation” by his dad. And, as a singer, his one-man rendition of the entire Hamilton soundtrack was arguably the highlight of a six-hour drive to Pittsburgh with his family.

These days, when he’s not concocting creative solutions for clients, Matt can be found trying to score a date with his wife, very slowly chipping away on a solo album and dealing with another variety of messy problems–raising triplet sons.