Nenad Trifunović Side Effects in Art 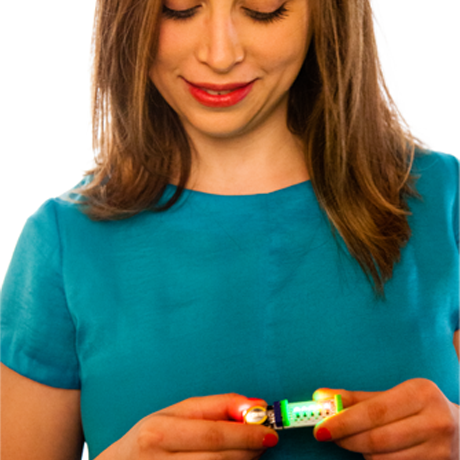 Ayah Bdeir, founder and CEO of littleBits, is an engineer, and one of the leaders of the Maker movement. Ayah’s career and education have centered on advancing open source hardware to make education and innovation more accessible to people around the world. She is a co-founder of the Open Hardware Summit, an alumna of the MIT Media Lab and a TED Senior Fellow (her TED talk “building blocks that blink, beep and teach” has over 700k views).

Recently Bdeir has been named no.33 on FastCompany’s Most Creative People in Business for 2013 and littleBits has been named as one of CNN’s top 10 Emerging Startups to watch and won over 18 toy and education awards. Originally from Lebanon and Canada, Ayah now lives in New York City.