Build the World’s Next Space Telescope

Matt Kelley "Work with those you trust."

NASA astrophysicist, Dr. Amber Straughn, talks to CreativeMornings/DC about designing at the extremes to build the world’s biggest space telescope 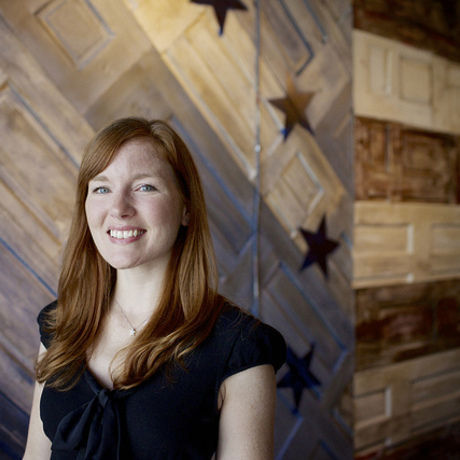 Dr. Amber Straughn is an Astrophysicist at NASA’s Goddard Space Flight Center in Greenbelt, MD and serves as the Deputy Project Scientist for James Webb Space Telescope Communications and Outreach. Amber grew up in the small farming town of Bee Branch, Arkansas where her fascination with astronomy began under beautifully dark, rural skies. She obtained her B.S. in Physics at the University of Arkansas in Fayetteville in 2002, and completed her M.S. and Ph.D. in Physics at Arizona State University in 2008. She has been involved in NASA programs since her undergrad years, beginning with flying an experiment on NASA’s microgravity KC-135 plane (the “vomit comet”) in 2001.

Her broad research interests include galaxy formation and evolution, galaxy mergers and interactions, physical processes induced by galaxy interactions including star formation and black hole growth, emission-line galaxies, and dark energy and its effect on the galaxy merger rate. In addition to research, Amber also interacts frequently with the media, having done numerous live television interviews, media features for NASA, and has appeared on the History Channel, Spike TV, and in the Late Night with Jimmy Fallon’s “Hubble Gotchu” segment.

We don't know what 95 percent of the universe is made of. — Amber Straughn