Transparency: From Incarceration to Inspiration

Bill Martin It's Not About Time

part of a series on Transparency
November 3, 2016

The Night Owl takes us through his journey from young rebel to accomplished artist. 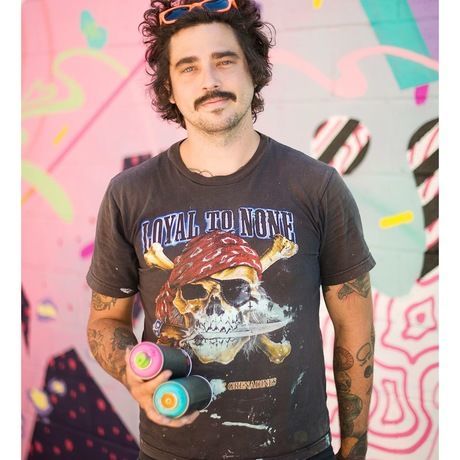 Mickael Broth is a Richmond Virginia-based artist, muralist, and writer. Broth moved to Richmond in 2001 with the intention of painting as much graffiti as possible. His involvement in vandalism was halted abruptly with his arrest in 2004 and subsequent ten-month jail term for his crimes.

Since that time, he has gone on to pursue a successful and active career in the arts.He was awarded a Virginia Museum of Fine Arts Professional Fellowship in 2008 for his gallery work and has shown widely around the United States; from museums and galleries to alternative spaces and abandoned buildings. His work is held in numerous public and private collections.

He has painted nearly one hundred public murals throughout Richmond and the United States during the past five years in addition to helping curate multiple public art festivals.

Through his mural work, Mickael has been commissioned by dozens of clients, from small local businesses to international corporations. He has been an active member of the community, working with youth groups through Art 180 and Petersburg Area Art League, as well as leading volunteer groups in conjunction with HandsOn Greater Richmond, in addition to contributing work to multiple non-profit organizations. Mickael is the co-founder of Welcoming Walls, a project dedicated to bringing large-scale public art to the highways and gateways of Richmond Virginia in an effort to boost civic pride, tourism, and the city’s reputation as a capital of creativity.

In 2013, he published Gated Community: Graffiti and Incarceration, a memoir detailing his experiences with vandalism and jail. In 2016, he was awarded a CultureWorks Building Capabilities Grant to assist in the construction of a dedicated studio space.