Chris Bishop How Kids Taught Me to Design For Kids

TJ talks about different personality traits and knowing your “blindspot” 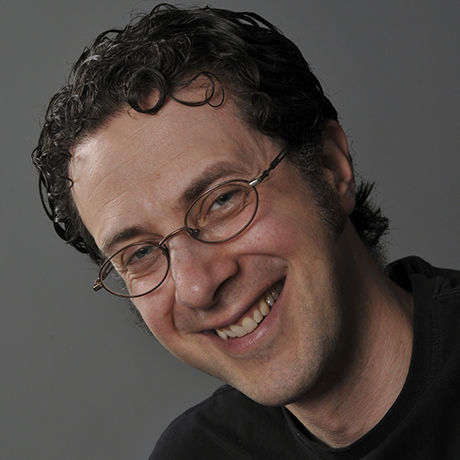 TJ Dawe is a Vancouver based writer, director, dramaturg and performer of new theatre. He’s toured more than one hundred theatre festivals around the world. He co-wrote a play that became the feature film The F Word, starring Daniel Radcliffe as the TJ character. He co-created and directed The One Man Star Wars Trilogy, which has been touring the world since 2002, including runs in New York, London, Sydney and at Simon Cowell’s birthday party. He recently co-created and moderated a multimedia interactive career retrospective with Richard Dreyfuss. He teaches a course at Langara on how to create a solo show. He and his partner lead workshops on creativity and on the Enneagram.

How do you define creativity and apply it in your life and career? Creativity is bringing something into existence that wasn’t there before. I create new theatre as my career - and help others translate their stories and ideas into stage shows.

Where do you find your best creative inspiration or energy? Either from taking in other creative works - books, movies, music, theatre, etc, or by going for long walks.

What’s one piece of creative advice or a tip you wish you’d known as a young person? Your belief that it’s better to work on your own rather than in a group is a belief - it’s not the truth. Your unstated belief that you work better on your own than with a group - also a belief, not the truth. Not a law of nature.

Who (living or dead) would you most enjoy hearing speak at CreativeMornings? George Carlin

What did you learn from your most memorable creative failure? I did an elaborate drawing as part of an art class in university. I came up with the concept before I drew it. I could elaborately expound on the theme and significance of it, but it wasn’t really much to look at, compared with my classmates’ work, many of whom couldn’t tell you the theme of their drawings. Ever since then I’ve let inspiration lead, and figured out the themes and justifications as I go, or after the fact.

What books made a difference in your life and why? “Catch-22” by Joseph Heller got me addicted to literature, and taught me about out of sequence storytelling, multiple points of view, that comedy and tragedy can co-exist, and about building a theme and paying it off. “The Stone Diaries” by Carol Shields got me seeking out the writings of women and other people with points of view and experiences different from mine. It also taught me about innovative storytelling that still hit you right in the heart - as have her other novels and stories. “Do the Work” by Stephen Pressfield got me understanding the creative process in a new way, honouring and including the inevitable anxiety that’s part of it all. I’ve recommended this book countless times, and frequently reread it, like a spiritual vitamin shot.