Don’t be afraid (to love yourself)

In preparing for his CreativeMornings talk on the theme of LOVE, anti-homophobia activist Scott Jones spent a month reflecting on the topic. He shares some key learnings on how he went from fear to love. 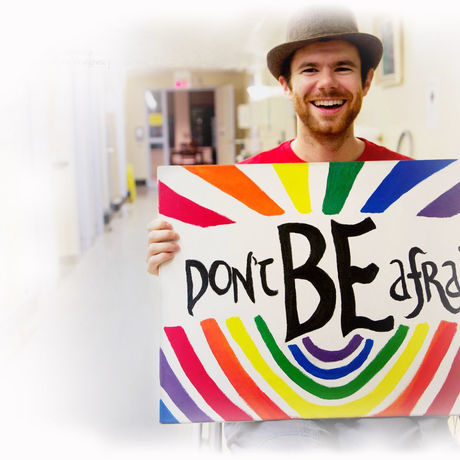 Scott Jones was born in Nanaimo, BC and moved to Nova Scotia when he was 10 years old. He received a Bachelor of Music (piano and choral conducting) from Mount Allison University and choral conducting training from the University of Manitoba. Scott has taught music privately and conducted various choral ensembles, including the Pictou District Honour Choir (New Glasgow, NS); the Nova Scotia Youth Choir (resident conductor); and VOX: A Choir for Social Change (Halifax, NS).

In addition to these efforts, Scott has also worked with the Rainbow Refugee Association of Nova Scotia, a not-for-profit organization that helps gay and lesbian refugees escape persecution and resettle in Halifax, and Easter Seals Nova Scotia, an organization dedicated to breaking down barriers for people living with disabilities.

The love in work of activist is demanding love. So people have to love themself and then demand others love them too. — Scott Jones