For Sarah Kay, poetry is the art that shapes her identity. Her first experience was in slam poetry and it lead her down a path to teaching poetry in schools around the world. She also graces us with a poem. 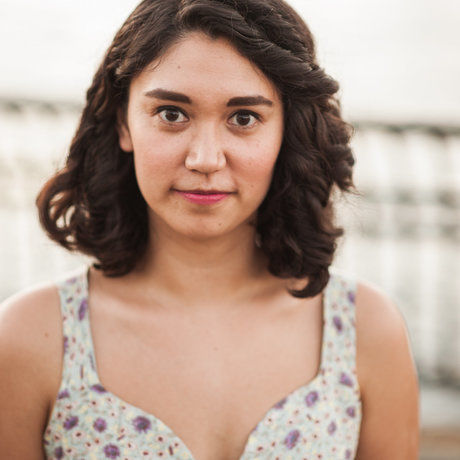 Sarah Kay is a poet from New York City who is perhaps best known for her talk at the 2011 TED conference, which has been viewed over nine million times online. Sarah has been invited to share her work on such diverse stages as the the Malthouse Theater in Melbourne, Australia; The Royal Danish Theater in Copenhagen, Denmark, the United Nations and Carnegie Hall in New York City, among hundreds of other venues in over 25 countries around the world. She is the author of three books of poetry: No Matter the Wreckage (Write Bloody, 2014), B (Hachette Books, 2015), and The Type (Hachette Books, 2016). A passionate educator, Sarah is the founder and co-director of Project VOICE, an organization which uses spoken word poetry to promote empowerment through self-expression, expand access to creativity education, and challenge traditional notions of literacy.

At the time I understood words to be about shock and power and trying to use taboo to my advantage. I wasn't authentic to how I communicated, who I actually am as an artist or a person. And I grew into my authentic creative voice. — Sarah Kay

This poem is my newer attempt at finding language for anger and also allowing myself to explore what I once thought of as taboo, or what I once perhaps used as a weapon, and now I'm using with more thoughtfulness. — Sarah Kay

It took me a long time to feel ready to give myself permission again to write angry poems. . . . I have a lot more reasons to be angry than I used to. When I was a kid I had to drum up that anger, and unfortunately these days, I don't have to drum it up quickly; it's there. — Sarah Kay

What you think of as being edgy or taboo can change pretty dramatically and quickly, but also, what feels true is often something that outlasts where it is in the moment, or it may be true again at another time. — Sarah Kay