Mikal shares how “fiddling” can lead to amazing stories in the form of reverse geocaching puzzles, called “Quest Boxes.” 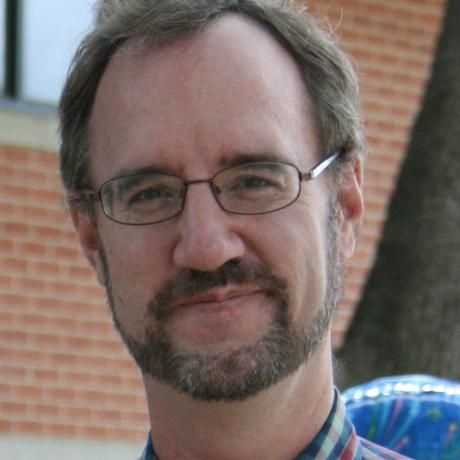 Mikal holds two patents, one of which is for his famous Reverse Geocache Puzzle—the treasure chest that only opens at one location on the face of the earth. Which led him to become a founding member of The Sundial Group.

Mikal is a member of the Arduino advisory board and contributor to the Arduino software core. He has written articles on the Maker Movement for MAKE Magazine and contributed to several O’Reilly Press books relating to Arduino development. He also shares his knowledge at arduiniana.org.

As a classical French hornist, Mikal has performed with a number of groups around the country. In 1987, Mikal gave the US premiere of Sir Benjamin Britten’s The Heart of the Matter and will be performing this November on Baroque horn with Austin’s own La Follia. He is almost certainly the only person here who has descended with Rod Stewart from a catwalk to the Frank Erwin Center stage in front of 20,000 screaming fans.

As I get older, I start thinking how much [fiddling] enriches my life and what a key component it is in my happiness. — Mikal Hart