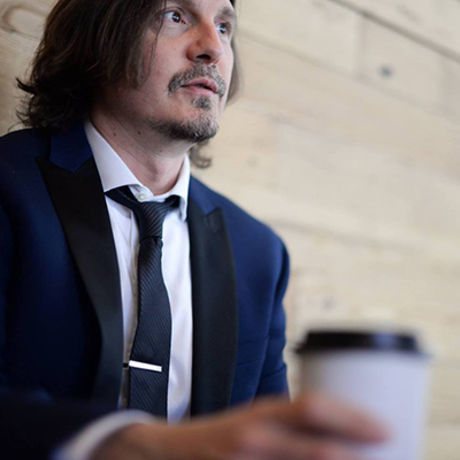 Michael is a writer, director and producer whose background in music led him into the film world.

He made his directorial and writing debut in 2010 with the short film “Dark Scribbles.” Michael went on to produce and co-direct the award-winning feature documentary film “In Danger of Being Discovered” in 2012.

In 2014, he wrote and directed a series of music videos for singer/songwriter Elytta, who is now placed on the Official Ballot for the 59th Annual Grammy Awards by The Recording Academy.

In 2015 Michael began production on his latest project “The Heroin Effect” inspired by the epidemic that is currently plaguing the New England community where he and his son reside. The idea for the documentary was born after having a chance encounter with an old friend who confided in him about his struggles with heroin addiction. That combined with the current headlines about rapidly increasing overdose deaths, both locally and nationally, inspired Michael to tackle this issue.

Most recently, he was nominated for an Emmy for his work on the PSA, “It’s time, let’s talk” about the heroin and opiate crisis.

You can connect with Michael Venn here:

We cannot arrest our way out of this. — Michael Venn

This is a disease, an addition, we need to do the right thing. — Michael Venn

If we are ever going to beat this disease and really challenge it, and really look at this, I think we need to destigmatize this and have open discussions and have people who are in recovery say it was really difficult but I’ve made it through. — Michael Venn

Everybody that is in the film is identifiable to everybody. — Michael Venn

You are forced to look at them as a human being in a real story. — Michael Venn