Jessica Moon Change With No Expectations 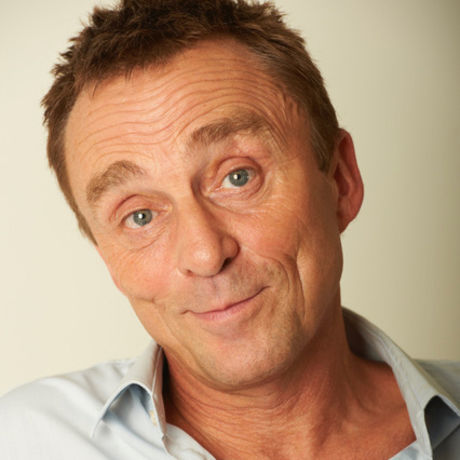 Mark was born in Rinteln, Germany in 1958, the son of an english psychoanalyst and american actress.

After a confusing childhood, spent mostly in England, Mark somehow graduated from Sussex University (B.A.Psychology). He then spent a year teaching English in Sudan and travelling in East Africa before studying theatre in London and Pantomime in Paris, a perfect arrangement as he couldn’t speak any french.

In 1984, together with Krissie Illing, he created ‘Nickelodeon’ and spent the next 10 years beginning every interview with, “no, not the children’s TV channel….” After winning the ‘Time Out Entertainers of the Year’ award in London, the comedy duo toured all over the world. In 1990 the duo settled in Germany becoming household names with a string of theatre productions, comedy specials for television and a commercial for alcohol free gin that was never shown.

From 1995 Mark created and toured several solo theater shows before establishing himself as one of the first german speaking stand up comedians and heralded as ‘Germany’s Comedy Import Number 1’ (Die Welt) He also appeared very reluctantly on innumerable German TV comedy and talk shows.

Mark has also written and directed for theater including the productions ‘Heaven’,(2001, Berlin) and ‘Feierabend für Eltern’ (2008, Hamburg).

His books, also in german, include ‘An Englishman in Köln’ (2005) a fictional biography about life in Germany and ‘Forever Jungs’ (2012) a wistful comedy about middle age. Tragically, his greatest work, ‘50 Easy Ways to Lose Money’ has never been published.

Since 2016 Mark has returned to full time education teaching English, Sport, Theater and Cooking (really) for two years at a special needs school before his present job at a secondary school.

This was a great shock to his wife who had fallen in love with an english comedian only to find herself married to a german teacher. Despite this they still live together with their two sons in Cologne.

When not teaching Mark continues to tour as a stand up comedian on weekends, school holidays and the occasional day off courtesy of the catholic church.

Mark is honoured to be invited by ‘CreativeMornings’ (Friday 8th December) to talk on the subject of ‘Context’. This is something he ordinarily wouldn’t do but in this context is delighted to do so.