Cree-Saulteaux performing artist, Margo Kane is the Founder and Artistic Managing Director of Full Circle: First Nations Performance. For over 40 years she has been active as a performing artist and community cultural worker. Moonlodge, her acclaimed one-woman show, an Aboriginal Canadian classic, has toured for over 10 years nationally and internationally. The Sydney Press (AU) during The Festival of the Dreaming praised it as being ‘in the top echelon of solo performance.’ She developed and runs the annual Talking Stick Festival and an Aboriginal Ensemble Performing Arts Program in Vancouver. 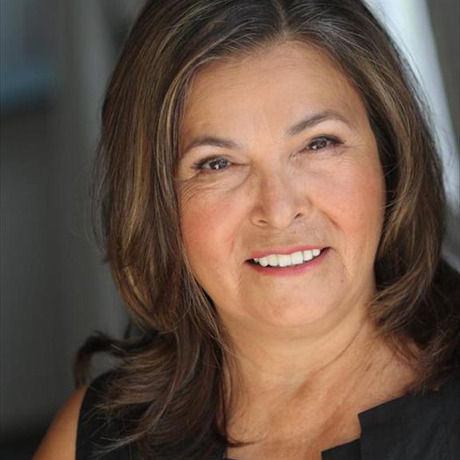 Cree-Saulteaux performing artist, Margo Kane is the Founder and Artistic Managing Director of Full Circle: First Nations Performance. For over 40 years she has been active as a performing artist and community cultural worker. Moonlodge, her acclaimed one-woman show, an Aboriginal Canadian classic, has toured for over 10 years nationally and internationally. The Sydney Press (AU) during The Festival of the Dreaming praised it as being ‘in the top echelon of solo performance.’ She developed and runs the annual Talking Stick Festival and an Aboriginal Ensemble Performing Arts Program in Vancouver.

Recent roles include: for TV Arctic Air and onstage For the Pleasure of Seeing Her Again opening the Magnetic North Theatre Festival at the National Arts Centre, Bah Humbug! for Vancouver Moving Theatre & SFU and Yvette Nolan’s The Unplugging for the Arts Club which won a Jesse Theatre Award for Outstanding Original Script. She received the Inaugural Lorena Gale Woman of Distinction from UBCP – Union of BC Performers as well as a Jesse Theatre Award for Best Supporting Actress in Where the Blood Mixes, Kevin Loring’s Governor-General’s Award-winning play. Recently she was honored with the BC Touring Award of Excellence and a BC Community Achievement Award. Look forward to seeing her reprise her role in For the Pleasure of Seeing Her Again at the Talking Stick Festival 2014.

How do you define creativity and apply it in your career? I experience creativity when I stand apart from my everyday busy work – and allow myself to drift in and out of focus, creating space for those unspoken, behind-the-scenes notions, feelings, energies to move through me, around me, rise up within me… they begin to translate into ideas forming and un-forming around me. I feel that space most when I am in nature, walking, musing, sitting by the lagoon or the strolling the seawall or resting with a notion or idea on a park bench. Perhaps this is the inspiration part of creativity that I am talking about… I also find that in the studio, physically warming up through movement and sound – an idea reveals itself through sound or melody, physical gestures and images begin to advance the movement through the space in ways not articulated yet, creativity in motion… working with others in studio, creativity reveals itself in the exploration of staging ideas we have improvised together, and putting those ideas together to create a whole idea/movement/expression…

Where do you find your best creative inspiration? I don’t know if I have a best…In silence away from others, in nature, at night when the world is asleep or early in morning when no one is awake. In those ‘in-between’ moments, when the world I busy myself with, retreats from my main focus and a small opening begins to reveal images and possibilities like an intuition or waking dream that can last a few seconds, minutes or longer. From the resonance of that moment(s), my creation can begin….

What’s the one creative advice or tip you wish you’d known as a young person? That creative ‘movement’ can save one from a world of agonies and assist one in breaking free of imagined or real restrictions one experiences

Who would you like to hear speak at CreativeMornings? Dr. Jeannette Armstrong, Maria Campbell,

What fact about you would surprise people? I love animals – especially dogs and horses; I like to communicate with them. In fact, what people may not know is that I love to jump horses. I have been riding since I was a girl; loved the fantasy of being an Indian brave riding bareback over the prairies (I grew up in Alberta where there was plenty of room to roam and at a time when we could roam the territory, exploring paths through the bush, alongside creeks and through ravines to the river – idyllic actually). As an adult, to communicate with a horse and develop a balanced seat and relationship with a horse is extremely satisfying. Then to actually be able to jump a course of fences and obstacles in a measured and balanced way is thrilling. The effort to maintain that balanced relationship with the horse while executing a jumping course uses many of the skills I like to develop in the rest of my life as well. Perhaps it is a metaphor for developing and then maintaining balance in the face of uncertainty or the unknown; you practice and practice jumping different courses, different scenarios, eventually feeling you might like to test yourself and your horse in a higher stake competition when energies run high and unpredictable things may be at play. Your horse may have an off-day or you, yourself, may be unable to stay calm enough to execute at your best or so you think. But the sheer pleasure at bringing all of those energies to the event at hand, means all of your attention is focused and ready for whatever may come – that unknown stretches in front of you…. how that translates into my performing whether it be singing or acting or dancing is fairly straight forward but how that applies to my creativity may be different again. Because it is not necessarily that simple a process but in giving time to the development of one’s oft-times quiet inner creative intuition takes practice and willingness to dwell in the unknown and willingness to explore how to tap into one’s creativity through listening, waiting and allowing a conversation to emerge with oneself… a little like learning to communicate with an animal such as a horse whose ways are not only different but energetically, another language….

How does your life and career compare to what you envisioned for your future when you were a sixth grader? When I was 11 (grade 5), I formed my first company – of dancers. There were 7 of us and we called ourselves, ‘The 7-UP’ – not that inventive, I realize. But what was marvelous is that although we only sustained that company for the better part of that year, we soon advanced from performing for our mothers and fathers, aunties and uncles to performing on live TV on the Noon Show and performing at sockhops (remember them?) at school and for the community league events. Soon I was being ‘head-hunted’ to producing events like the Teen Dance at the community centre and into teaching creative dance to children. My life evolved from dreaming of being a jockey (a career my father tried to steer me away from), commercial art (which my Dad thought might be a career for his horse-drawing daughter) to dancing and performing and being part of creative development with others in the performing arts field.