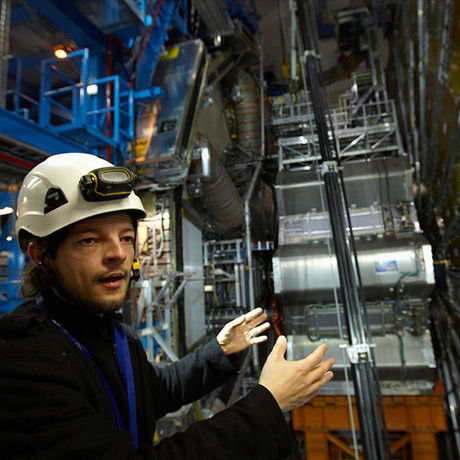 Dr. Marc Goulette is a particle physicist working in the ATLAS experiment for the University of Geneva. ATLAS is one of the main experiments currently running at CERN at the Large Hadron Collider.

After many years of studies in Mathematics and Physics, he graduated from an engineering school in 2005, and in parallel to the last year a master in subatomic physics. During those studies, he got some working experience in the Council of Europe (2002), the CEA (2004) in Paris, and a first internship as a summer students at CERN (2003). In 2005, he started at the same time a PhD in engineering and applied physics at Cern, and a PhD in fundamental physics with the University of Strasbourg, both obtained in 2009. Since then, he is Maitre Assistant in the University of Geneva, and has been working in the ATLAS experiment for about 7 years.

During the last years, he’s been involved in the production and simulation of Monte-Carlo samples needed to study collisions of particles at High Energy. He contributed to several papers within the ATLAS collaboration. He’s also a contact person for the Swiss Center for Scientific Computing (CSCS), which is part of the LHC computing grid, used to store and analyze the LHC experiment’s data. He’s also teaching physics, a CERN guide, and involved in many outreach activities with CERN, ATLAS or the University of Geneva.

Back to the future, be born before you were born... crazy thing! — Marc Goulette