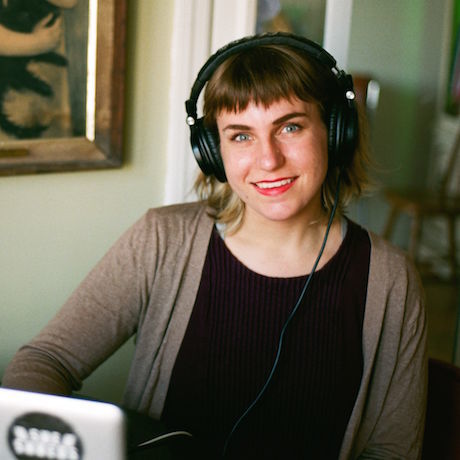 Madeleine Campbell is a recording engineer and educator working towards fostering a more inclusive audio industry starting with her own communities. She began recording in Pittsburgh studios while pursuing her music degree at Duquesne University where she studied cello with Adam Liu. Since then, she has worked with over 150 artists and bands ranging from DIY punk outfits to classical chamber music ensembles. In February 2015, Madeleine was the first woman to attend Mix with the Masters studio residency with Steve Albini at La Fabrique Studios in Saint-Rémy-de-Provence, France. She has been working independently since January.

Madeleine’s work is dedicated to demystifying the esoteric nature of audio technology and amplifying the voices of women and femme creators. Since its inception in 2013, she has volunteered and served on the Board of Directors of Girls Rock! Pittsburgh, dedicated to empowering female-identifying youth through music and creative expression. Last year, in collaboration with VIA Festival 2015, Madeleine launched the first issue of Women in Sound, a print publication dedicated to highlighting the achievements women and queer people in all areas of live and recorded sound. The first three issues are now distributed in 21 countries and issue four is currently in production. Additionally, her writing can be found in She Shreds and Tom Tom Magazines.

Currently, Madeleine works in production at Pittsburgh Modular Synthesizers and behind the soundboard for live shows at Brillobox. Next month, several days after her 25th birthday, she will open the doors to her own studio, Accessible Recording, which will offer free childcare to all artists.