Don’t be an AssClown, just Tell the Story

Lauren Nagel On the Spot Teaser with Humility

Lauren Nagel takes us on a journey through her childhood experiences in Theater and Music, the Advertising Industry and Improv. We hear her fun, unique interpretation of Humility, very worth remembering. 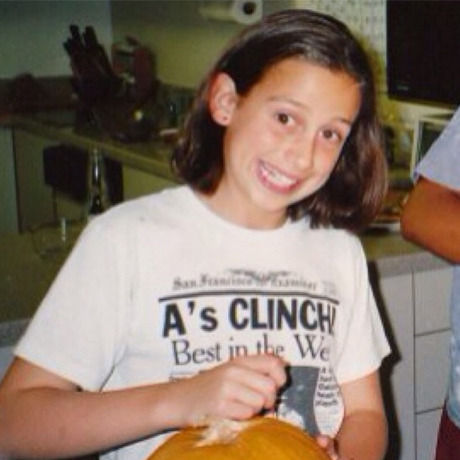 Oakland native Lauren Nagel is the Director of Audio Advertising Creative at Pandora, the leading internet radio service–and a member of hip-hop improv group The Freeze, the backing band for SF/Oakland’s cultural phenomenon Mortified. The two roles are surprisingly similar. By day, she leads a multidisciplinary team of producers, engineers and copywriters to make innovative audio advertising in the wild digital west. By night, she freestyle raps about puberty. With a lifetime love of composition, jazz, advertising, hip-hop and jingles, Lauren aims for the intersection of Gilda Radner and tech leader. Hear her on Pandora as the on-air voice of the brand, and find her here.

On Mortified: “These readings capture just how wrong-headed we can be back when we were teenagers.” (This American Life) On The Freeze: “One cup Beastie Boys, one cup ‘Saturday Night Live’ and a pinch of P-Funk adds up to a dizzying dose of creativity.” (AOL City Guide) On Lauren: “You owe $16,401 in student loans. Go Wildcats!” (Northwestern University)

Don't be an assclown, just tell the story. — Lauren Nagel

This isn't 'everything happens for a reason'. Fuck that shit. — Lauren Nagel

This isn't 'what doesn't kill you makes you stronger', because what if it does kill you? — Lauren Nagel

Sometimes your first idea is your best idea. — Lauren Nagel

'Yes, and' is one of the guiding principles of improv. What it's teaching you is that you have to accept the scene that your scene partners have created without belittling it, without disagreeing with it, and without negating it, and you have to move the story forward. — Lauren Nagel