The power of bread

Kim believes in bread. That is the power of bread. ‘Bread is good for your mental, physical and social well-being. It builds communities. The more you think about bread, the more amazing it is. Basically, it’s a mixture of flour and water, only distinguished from wallpaper paste by an artful combination of time and heat. All the rest – the flavours, the shapes, the styles of kneading – are personal preferences and superstitions, but there is something ancient and alchemistic about transforming a sticky mess into a glorious life force with which your family can survive, commune, trade and celebrate.’ 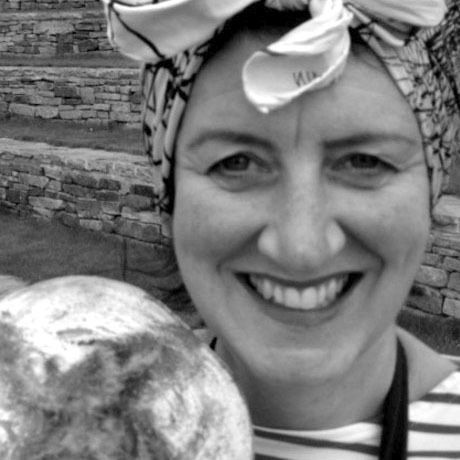 Kim Swan AKA. Born & Bread is a formidable force of nature very actively involved in many community projects. Previous activities include, amongst others, antiques dealing, kitchen designing and living in Paris. Kim is now very much part of the diverse local community group Friends of Sheaf Valley Park @fosvp link promoting Sheaf Valley, including Cholera Monument Grounds, Clay Wood, Skye Edge, South Street Park and amphitheatre. Organisers of AMPHIFEST - the family festival in the amphitheatre. link They are active all year round - engaging in nature, art, health activities and run superb addictive litter picking sessions. (All open to all, so be sure to check them out and see how you can get involved).

Kim believes in bread. That is the power of bread. ‘Bread is good for your mental, physical and social well-being. It builds communities.’ There are 126 languages spoken in Sheffield – and each has its own style of bread. Kim brought many of these together as ‘Born & Bread’ which was part of the community festival AMPHIFEST. Tables were adorned with cloth maps and bread from all around the globe with fascinating stories and the people there to tell them.

‘The more you think about bread, the more amazing it is. Basically, it’s a mixture of flour and water, only distinguished from wallpaper paste by an artful combination of time and heat. All the rest – the flavours, the shapes, the styles of kneading – are personal preferences and superstitions, but there is something ancient and alchemistic about transforming a sticky mess into a glorious life force with which your family can survive, commune, trade and celebrate.’

As part of The Year of Making in Sheffield last year, Friends of Sheaf Valley Park were very pleased to have received a grant of £500 from the fund to revive a great community tradition and reinstate the Shrewsbury Road parish oven; hand making a traditional cob oven; organising a series of real bread making classes; and opening up the oven on a regular basis for community bread baking sessions. Link

There was once a tradition of communal ovens in each parish where people could bake bread. The old communal ovens were a point of focus for the community and if reinstated could once again encourage collective bread-making and community cooking. The English “companion”, the Spanish “companero”, the Italian “compagno”, and the French “copain” all come from the Latin meaning “with whom one eats bread.”

The plan was to involve at least 20 people in making a cob wood fired oven on the edge of South Street Park, close to an original but long since disappeared Parish Oven, using clay, straw and sand and applying traditional methods, which date from mediaeval times. ‘The oven will be lit at least once per month from June to September so that local people can bring dough they have made at home to be baked in the communal oven. Ultimately we hope that the shared skills developed through this project will lead to other cob ovens being built in several locations in our area so that on any weekend there might be at least one community oven being fired up where people could come together to bake in a wood-fired oven.‘

Fire to cook food (and bake bread) has also been instrumental in our evolution and a major factor in making our brains as powerful and creative as they are today. Creativity and community combo! Gather round and find out more June 23.

We gathered 08:30 at The Amphitheatre - what Amphitheatre? the 1000 seater just behind the train station - the best views across the city from the comfort of a grassy bank. We had a brief talk from some Friends of Sheaf Valley Park about The Amphitheatre. We will then strolled over to the old sweet factory where Kim had the cob oven all fired up (since 03:30!), with fresh REAL bread, butter and jam and coffee laid out to enjoy whilst we continued her story. It was a non-tech, open-air out in the elements CMsurvival edition and was brilliant.

Being creative people, you're very lucky when you get up in the morning and you do that thing that you've got a compulsion to do; there isn't really a choice. . . . So I have to make bread. — Kim Swan 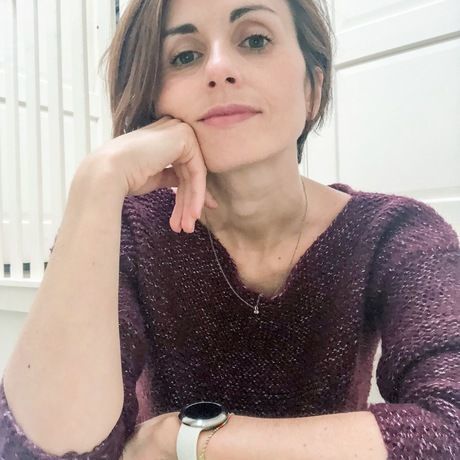 I couldn't relate more! We are exactly on the same page, when it comes to bread and everything around it. I have been baking bread for a years, now, with my centenary sourdough strarter from my hometown (Napoli, IT), here in Amsterdam, where I live. There's something ancestral that connects and open people around bread. In fact, I organize sourdough giveaways every now and then in Amsterdam, and even started a family tree for Elvira, my starter. I wish I lived in Sheffield, to join the community the speaker is creating around that communal oven. If you like, you can read about Elvira and me here: http://assoupaspossible.com/baking-bread-elvira/ You'll also find more info about Elvira's family tree project on my blog. And, about communal ovens, just yesterday I published a feature with a video about Matera (a very special place in southern Italy) and its unbelieavable bread! Here: http://assoupaspossible.com/matera-bread/ 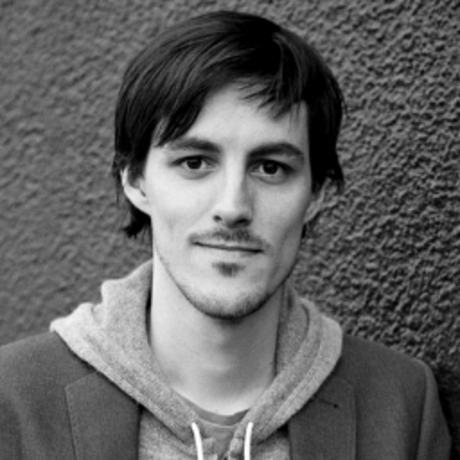 You may enjoy the work of culinary anthropologist Margaret Visser, she writes beautifully about bread. It may have been in her book, "Much depends on Dinner." She's a wonderful writer and was a classics professor for 18 years.