Magic Happens when you surround yourself with good passionate people 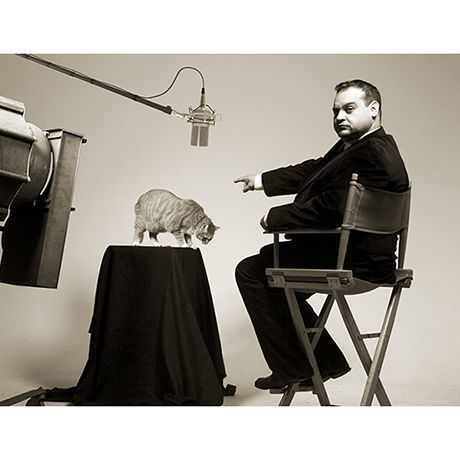 Kareem Tabsch is the co-founder and co-director of O Cinema, Miami’s largest art house cinema. Voted ‘Best Art House Cinema’ by readers of the Miami New Times for five consecutive years, O Cinema has presented over 300 films from more than 30 countries and hosted Oscar, Grammy, Peabody and Pulitzer Prize winning guests. The theater has distinguished itself for its friendly laid back atmosphere, its dedication to fostering and supporting local talent and its eclectic programming, comprised of many films that otherwise are not presented in South Florida. As a documentary filmmaker, Kareem’s works has been included in several prestigious film festivals including Slamdance, AFI Docs, DocNYC, Rooftop Films, and LA Film Fest where his film Dolphin Lover won the Best Short Documentary Prize. His films have garnered international press attention from outlets like Comedy Central, Vice, The NY Post, Cosmopolitan, Jezebel, Bravo and from celebrities including Andy Cohen, Rush Limbaugh, and Howard Stern. In 2013 Kareem was featured in the Miami New Times ‘People Issue’ for his contribution to the cities film culture, he was named a ‘20 under 40’ by the Miami Herald’s Business Monday in 2014 and in 2015 was the recipient of the Knight Arts Champion award presented by the Knight Foundation in recognition of O Cinema’s contribution to the cultural vibrancy of Greater Miami. Tabsch currently serves on the Advisory Committee of the Miami Foundation’s Our Miami initiative and on the National Arts Advisory Committee of the John S. and James L. Knight Foundation. Kareem strongly believes in the power of the arts, particularly film, to enrich lives and revitalize communities.