Losing Sight of the Shore

Rudolf Inderst All Work And No Play Makes Jack A Dull Boy!

The world has been a more vibrant and more interesting place ever since that day Jen Edney dove into her life.

There are so many reasons to click play and watch Jen Edney’s story – it has it all: water-based adventure and conflict, the overcoming of fears and chasing of dreams, stunning locations and a strong protagonist. So many reasons… but the video at 17:00 seals the deal. 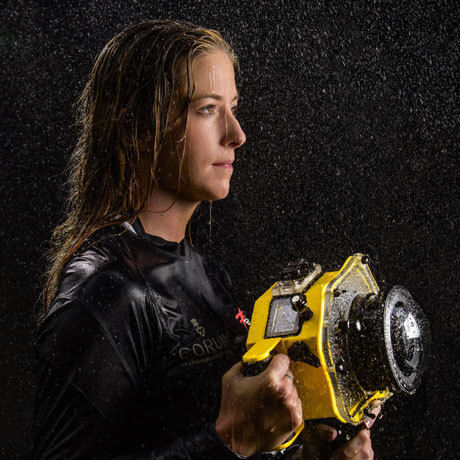 Jen Edney is a renowned adventure photographer specializing in sailing photojournalism. Hailing from land-locked Nebraska, Edney has clocked nearly 100,000 offshore miles. Edney may be hard to pin down, traveling on assignment nine months out of the year – but she has earned a permanent place on the map of the photography world.

Recently named by National Geographic as one of Nine Female Photographers Who Push the Limits, Edney captures on-site action and human emotion from unique and often surprising perspectives, photographing from below the water to above the rig. Her first sailing photography work in 2009 covered American sailor Zac Sunderland, the first person under 18 years of age to sail solo around the world.

In 2017-2018, Edney was chosen as an Onboard Reporter for the Volvo Ocean Race, sailing’s most dangerous event. Dubbed ‘the toughest job in sports media,’ the role of an Onboard Reporter is unique in their access to action and the length of assignment. Photographers are embedded with a team around-the-clock during an eight-month, around-the-world yachting competition. Edney trained for weeks to be able to survive on boats traveling up to 40 knots in waves as high as 30 feet.

Chasing dreams may force you to make some very difficult decisions. It means taking risks, stepping outside your comfort zone, doing tough things to make you grow. — Jen Edney

Hosted by The Living Room