Jeff Goodby speaks on the reductive process of minimalism for bigger meaning. Then, immediately gets intimate with the audience for a one-of-a-kind experience.

In this segment of CM/Oakland, we are taken through a journey of some of the more effective campaigns of Goodby Silverstein & Partners, under Jeff Goodby’s direction, that embody the “minimalist” principle. Jeff describes the beauty behind the simplicity of effective messaging, with the use of minimal content for greater impact. 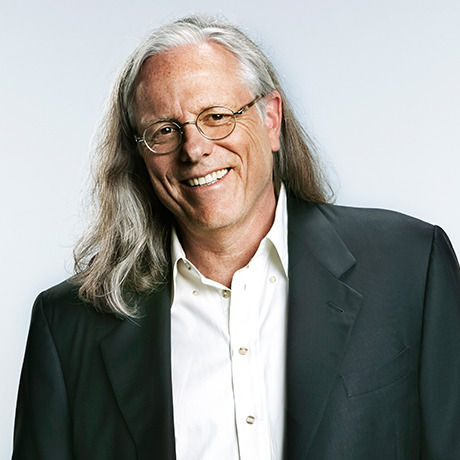 Jeff grew up in Rhode Island and graduated from Harvard, where he wrote for the Harvard Lampoon. He worked as a newspaper reporter in Boston, and his illustrations have been published in TIME and Mother Jones.

He began his advertising career at J. Walter Thompson before moving to Ogilvy & Mather, where he met his mentor Hal Riney. It was with Riney that Goodby learned his reverence for surprise, humor, craft and restraint.

He also met a guy named Rich Silverstein at Ogilvy & Mather. They founded GSP in 1983. Since then, the two have won just about every advertising award imaginable.

Eventually, when you take enough stuff away, something is eventually added by the absence of everything. — Jeff Goodby

The mushroom theory was to keep them in the dark and to feed them a lot of shit... I was the mushroom. — Jeff Goodby

The reductive part of it is maybe less important than the additive part because eventually when you take enough stuff away, something is suddenly added by the absence of everything. — Jeff Goodby