Writer and magician Jack Darling takes you on a journey using the medium of magic to tell a story. Magic expresses emotion and reality in a way that words cannot, and Darling’s experiences take you out of your mind and into the surreal world of another’s life. 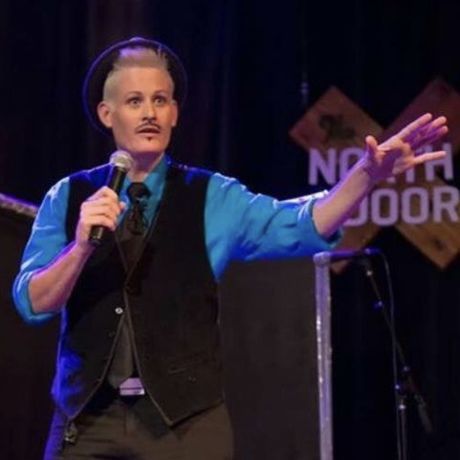 Jack Darling is an award-winning writer and magician, a concrete artist, and an all-around rascal and romantic. When not performing magic on the stage or at parties and events, Jack spends time magically rocking concrete floors all over Austin as owner of Concrete Blonde.

A four-time Best of Fest FronteraFest Winner, Jack also won magician of the year in 2017 with the duo Turning Tricks with The Darlings. Jack was recently featured on the podcast Strangers in a two part series called “Jack Be Nimble.”