The role of serendipity in writing 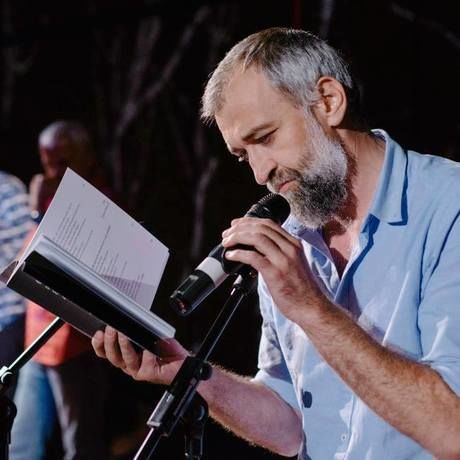 Iulian Tănase was born on 3 September 1973 in Moinești, Bacău. He graduated from the Bucharest Academy of Economic Studies in 1999, and from the Faculty of Philosophy at the University of Bucharest in 2010. He was an editor for the satirical magazines Academia Cațavencu (1997-2010) and Kamikaze (2010-2011). A radio producer at Radio Guerrilla since 2004, he is currently hosting a weekend morning show entitled Războiul Sfîrșitului Săptămînii (The War of the End of the Week).

He is a creative writing teacher and storytelling trainer for children and adults.

He was the coordinator of the collective volume Pentru Gellu Naum / For Gellu Naum, Editura Vinea/ICARE, 2002. He coordinates the publication Athanor. Caietele Fundaţiei Gellu Naum with Dan Stanciu and Sebastian Reichmann.

He has participated at the International Writers Workshop, Hong Kong (2008) as a visiting writer and at the London International Festival of Surrealism (2007, 2008) with various works. His texts are published in reviews and anthologies in Romania, Germany, Austria, UK, the United States, Hong Kong, Slovenia, the Czech Republic and France. He has given public readings in China, Hong Kong, Germany, Austria, Italy, Slovenia and Romania.

In 2009 he was awarded the Hubert Burda Prize for young Eastern European poets (Offenburg, Germany), and in 2011 he received the 1+1+1=1 Trinity / Literature Prize (Graz, Austria).