Investing in the Community

Ajay Brewer reminds us to invest where it matters most 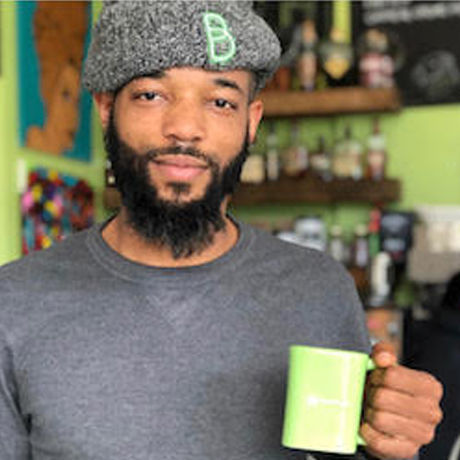 On any given day, you may catch Ajay and his son, Parker, biking around Richmond in super hero costumes. Unadulterated joy; that’s Ajay’s goal in life. Having the freedom to spend time with his son however they choose, gives Ajay that feeling of satisfaction.

Anthony Brewer, Jr., known by just about everyone as “Ajay,” was born and raised in Richmond, VA. Ajay has a deep love for the community, whom he serves at his beloved coffee shop, Brewer’s Cafe, located in both the Manchester and Church Hill neighborhoods. He also runs an Art Gallery and a waffle shop called, Brewers Waffles, which are also located in Manchester.

But not long ago, Ajay lived a much different life as a stock broker working for a major financial firm. His perspective on life shifted when his son Parker was born. Becoming a father compelled Ajay to do work that was more meaningful. He wanted to create a legacy for his son and make a positive, long-lasting impact on his community. So he quit his job as a stock broker at the height of his career and opened the first Brewer’s Cafe.

Now, in addition to running the family businesses with his son, Ajay serves the youth of his community as a member of the Blackwell Elementary School PTA and also serves on the board of the Richmond Heritage Federal Credit Union. Additionally, Ajay works with Stay RVA to encourage residents to live, work and go to school within Richmond City limits.

It has been a non-stop adventure for Ajay since leaving the corporate world. Now, every day is a chance to do the things that bring him the most joy; spending time with his son and giving back to the city that raised him.