School Is A Poorly Designed Game

We all know that PLAY is a part of our learning until age 6, and rightly so. But why does it suddenly stop at Grade 1?… That’s nonsense. Play is not the opposite of work. It’s the key to reclaiming the true spirit and benefits of education.

For some reason, once we enter elementary school, play is no longer part of our learning. Instead it’s the opposite, it’s a distraction from learning. For the next 12 years at least you are now only allowed to play in between learning. It’s considered frivolous, a break from work, it’s recess. Work is serious and something that should be taken with incredible focus, attention and discipline. Your new game now… is to get good marks, get a scholarship, get into university, get a great job and a happy life. It’s a very clear path to the end goal which is to have a happy, healthy and successful life. That’s pretty much the new game you’ve entered and I’m going to put this idea out there… that school is a poorly designed game. 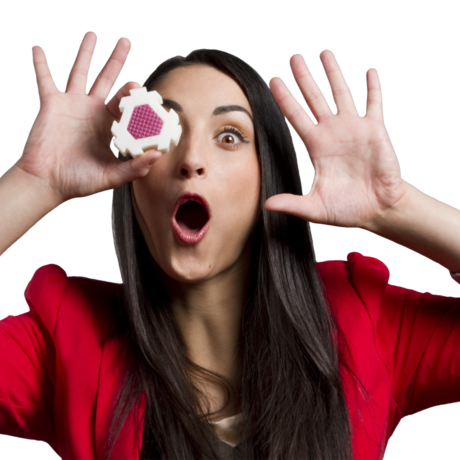 Ilana Ben-Ari is the founder and lead designer at a multiple-award-winning start-up, Twenty One Toys. She transformed her thesis project into the company’s first product, The Empathy & Creative Dialogue Toy. A 3-D abstract puzzle, the toy was originally designed with the Canadian National Institute for the Blind to bridge communication gaps between visually impaired students and their sighted classmates. It is now used as a tool for empathic learning and creative education for people of varying ages and abilities, in classrooms and boardrooms around the world.

A former karaoke DJ, TEDx speaker, hyphen-addict, and three-passport-holder, Ilana was born in the Middle East, worked in Europe, and grew up in Canada. She now spends most of her time convincing people that the woes of humanity can be solved with toys, or at the least with well-constructed ice-breakers.

As her mother always says, ”Never criticize someone till you’ve walked a mile in their shoes. That way, when you criticize them, you’re a mile away and you have their shoes.”

It seems like play should be an easy sell—people say they love play—but actually, play gets a bad rap. — Ilana Ben-Ari

If school were a game, it would be a poorly designed game. — Ilana Ben-Ari

Art and abstract skills like leadership and high social and emotional abilities are nice to have but are difficult or impossible to measure. — Ilana Ben-Ari

There are actually a number of famous dyslexics. And it is still surprising to me that we call this a disability — Ilana Ben-Ari

What’s the first game that you play as a child? It’s stay alive. — Ilana Ben-Ari