Strip off your clothes and find your weird

Kim Cobb If Rocks Could Talk

Burlesque performer Gigi Holliday gives us the lowdown on what weird means to her, and how being weird can help us all 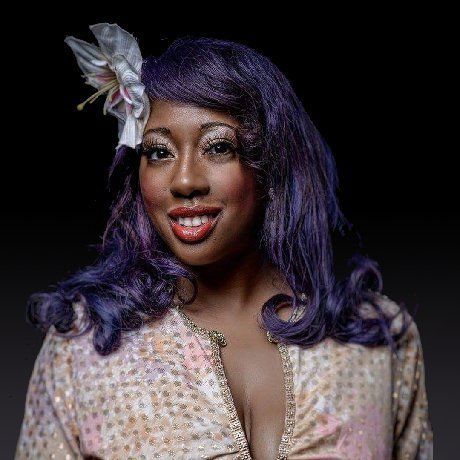 GiGi Holliday is Washington D.C.’s resurgence of glitz, glamour, and allure. Armed with eyelashes and an arsenal of glitter she has enticed audiences with her clever blend of sass and wit. Lady GiGi Holliday had her start after studying the art of burlesque in Trixie Little’s Burlesque Bootcamp and graduated in May 2010 with a double major in class and sass and a minor in tit-elation. Since then her presence has graced stages in Maryland, Pennsylvania, New Jersey, Massachusetts, North Carolina, New York, Virginia, Georgia and her native home Washington, D.C. where she was one of the first burlesque performers in 60 years to perform at the historic Howard Theater .In April 2016 she had the pleasure to perform at The John F. Kennedy Center with The Carvinalesque Road show produced by Armitage Shanks and Maria Bella. “The Chocolate that melts your heart” has been credited to have worked with Rain Pryor for “Bosley’s Burlesque and Cabaret” where Rain stated that she “loves what GiGi is doing because it is so multicultural.” In August 2016, GiGi will be a headliner at the New Jersey Burlesque Festival.

When she is not melting her milk chocolate beauty all over the audience she uses her business attitude along with hard work and started Gi² Productions where she is the founder and producer of Zou Zou Burlesque Revue, Chocolate Lounge: Performers of Color Burlesque/ Variety show, and La Burlesque Follies with Palace Productions. In June 2014, GiGi opened and became the headmistress of Studio Holliday movement studio and creative arts where her burlesque classes were featured on Refinery 29 as one of the “5 Super Sexy Workouts that will get you fit”.

She is the Entertainment Director, premier host and dancer for L’Enfant Café La Boum Series. Sharing her talent and love around she is proud to be a member of Chocolate City Burlesque and Cabaret (D.C), co-producer of Evil League of Ecdysiasts (D.C.), member of Gilded Lily Burlesque (Baltimore, MD), Naked Girls Reading D.C. and Co-producing the Capital City Burlesque & Vaudeville Festival premiering 4th of July weekend 2017. “D.C. Legitimate Love Child” enjoys the spotlight heating her up and showing you some “Chocolate City Tittie”.

I needed to lose that security blanket. I needed to step outside of the box. — GiGi Holliday

I meet a lot of people everyday in what I do. Most of those people already placed me in a box—I have blue hair, I'm brown, I'm short, I may not be educated—all these things. But when they ask me one of the most cliche questions in DC, that's when the fun begins. — GiGi Holliday