Tim O'Toole & Will Ritter take the fake it ‘til you make it approach to turn their fantasy of better political advertising into a reality. 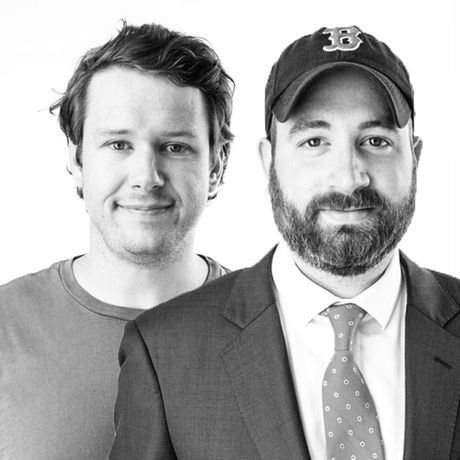 Tim O’Toole and Will Ritter are co-founders of Richmond based Poolhouse. Poolhouse is an agency that has succeeded at the highest level of politics, corporate and public affairs. Together they have built a team of strategists, political operatives, communicators, designers, writers, producers, and filmmakers. With their leadership, Poolhouse has been recognized for creating some of the most impactful ads of both regional and national elections. Their creative process has proven to be able to break through all the noise and effectively reach an audience.

Tim O’Toole has been a director, writer and producer of hundreds of award-winning web and television spots for political, corporate and non-profit campaigns. At one time he served as a press secretary and then turned to filmmaking, serving as Digital Video Director for the Romney/Ryan campaign in 2012. Tim is an alum of Mizzou’s J-School and an avid St. Louis Cardinals fan.

Will Ritter is a Massachusetts native and has made his way all across our great nation having campaigned in 46 states. Will also is a former Press Secretary and Communications Consultant. He served as Director of Advance for the Romney/Ryan campaign in 2012. Will is a “semi-retired” comic and fan of his hometown Boston Red Sox.