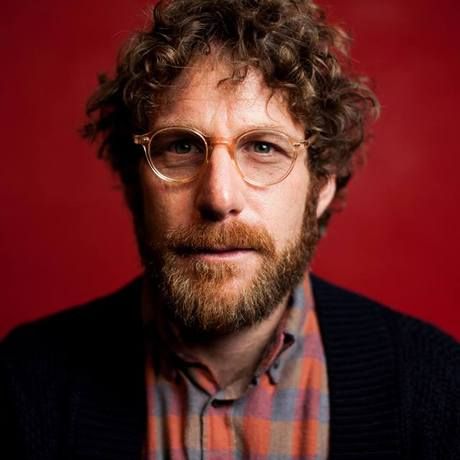 Dustin Yellin was born July 22, 1975 in Los Angeles. He lives and works in Brooklyn, New York. Yellin is best known for his sculptural paintings—works that emerge as intricate, three-dimensional objects after the successive layering of multiple panes of highly detailed (ink, acrylic, and collage) glass. Though the “objects” seem tangible in form, the image (or content) disappears or distorts depending on the viewer’s position, creating an ephemeral, otherworldly effect. 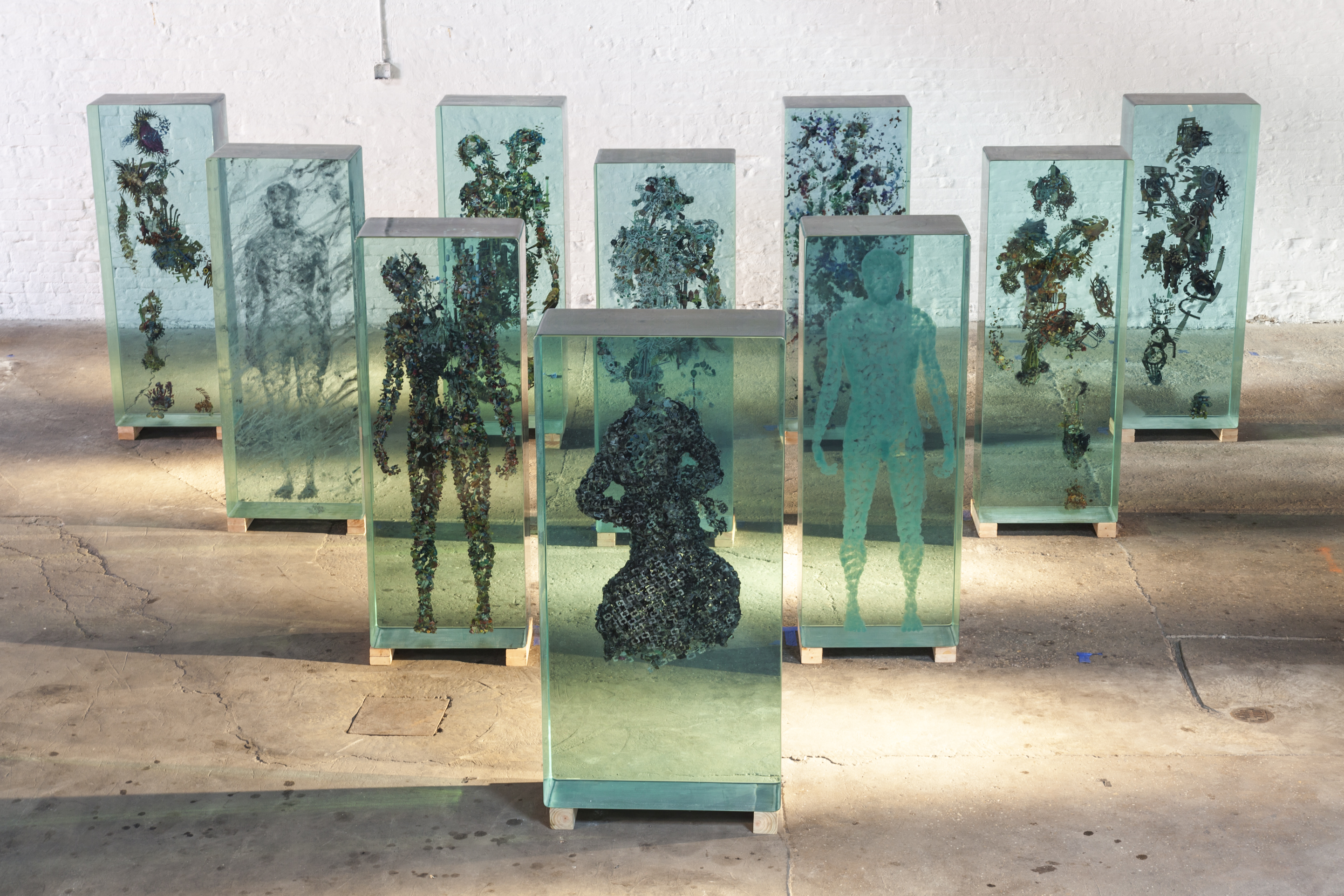 Yellin’s work thematically encompasses both the fantastic and dystopic and is often massive in scale. In 2012, Yellin completed Triptych, a 24,000-pound work, whose Boschian motifs dramatize and subvert the dialectical relationship between reality and art. In 2011, he began work on a series of life-sized forms inspired by the two thousand year old Qin funerary army of Terra-cotta Warriors and Horses. These forms grow from thousands of clippings assembled in dense, tangled cellular silhouettes.

Yellin is currently working on an art book with Rizzoli, to be published in the Summer. He is also the founder of Pioneer Works, Center for Art & Innovation, a social sculpture that functions both as a non-profit art and science center and as a living, breathing elaboration on the process of community-building.