Maha Alkhalawi When Traditions Clash, We Need to Get Creative

“Serendipity starts from the day you are born. Serendipity happens only if you are there to take chance” 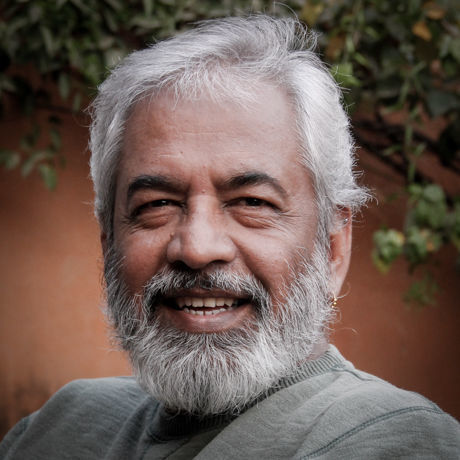 In the early years of his career, Dinesh sold Calculators in Chawri Bazaar; quality checked garments in a Faridabad factory and cleared tables as a Busboy in an Upper Eastside Bar in New York. He believes that these jobs were as good an education, if not better in some ways, than the Economics degree he got from Delhi University. This rather chequered career path was due to his teenage belief that if he followed in his Photographer Father’s footsteps he would be yet another victim of the Indian caste system. This rebellion further led him to a 12 year long career as a Client Servicing Executive in Advertising where he finally achieved ‘burn-out’ at the ripe old age of 33 years and which left him with a burning desire to become a Professional Photographer. So in 1990 he finally succumbed to what can probably be blamed on genetic coding - the desire to make images - both as a means of making a living and as a form of creative expression. The last 26 years have seen him involved in creating images for Advertising, Editorial and Corporate clients, specifically in the area of Food, Still-life, People and Interiors. More info at http://www.dineshkhanna.com/

Serendipity starts from the day you are born — Dinesh Khanna