“Games are a catalyst to get people talk to each other” 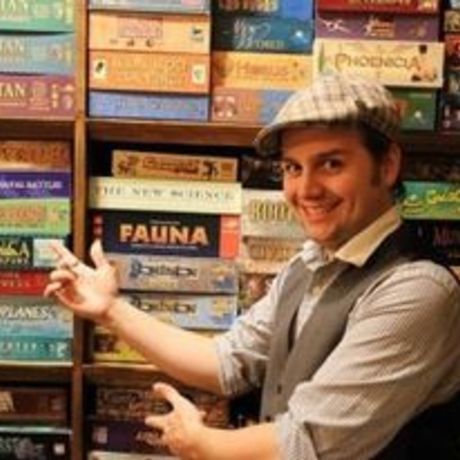 Five years ago, Devon Trevelyan took a chance on the classic war-themed game “Risk” — and about 1,000 other board games — when he quit his job as an audio engineer at gaming giant Harmonix in order to open Knight Moves, a cafe where people gather to wind down and pore over puzzles and strategy games. And while the idea of a board game cafe may seem novel, the concept of a group of people gathering face-to-face over a game is one of the oldest around. And that’s something Devon believes is uniquely worth preserving… over coffee and without a screen in sight.

“We have all sorts of people come in here: bros who want to play cards against of humanity or a group coming in and playing dungeons and dragons, and they are sitting right next to each other. We want to provide a place where all demographics can come together. Families, dates, seniors, graduate students, college students – everyone,” says Devon.

In his CreativeMornings talk on “GAME”, Devon will share the story behind the origin, creation, and ongoing importance of Knight Moves, a passion project which combines his lifelong love of games with a deep appreciation for community engagement.