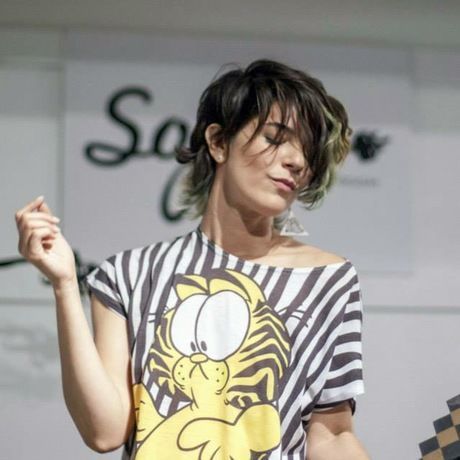 Cuci Amador is a fiery sprite of a woman who wants to meet you on the dance floor and tell you about the best new restaurant in town. She is a singer-songwriter and one half of the duo, Afrobeta. She is proud to be considered an ambassador of all things Miami.

You can catch her onstage this month in the post-apocalyptic comedy, Boom! at MOCA in North Miami. She teaches yoga at Rina Yoga in Downtown Miami on Tuesday nights at 6:30 pm.

“Afrobeta are Miami’s favorite party band and lead singer Cuci Amador is a bundle of energy whose outfits, a playful mix of vintage and local designers,are as electric as her music.” - Nylon

Hosted by The Wynwood Yard