Aleve Mine The Premise

An attempt to elevate corals into pop iconography in order to enable a collective paradigm shift in our awareness of life on Earth and our place in the Cosmos. 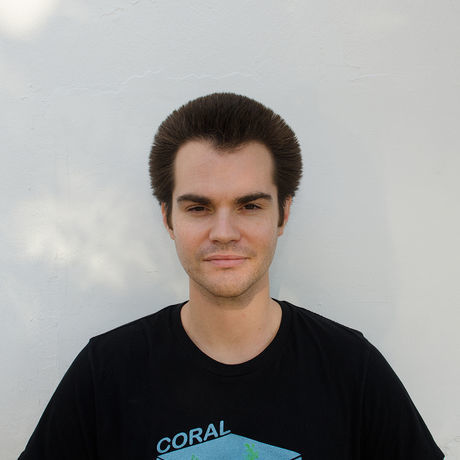 Colin Foord is a marine biologist, coral aquaculturist, artist, photographer, and filmmaker educated at the University of Miami. He is co-founder of the marine biological art duo Coral Morphologic wherein he manages the world’s only multi-media coral aquaculture studio in the heart of Miami with musician Jared McKay. Coral Morphologic’s work is firmly rooted in the present time and place of Miami: a city built primarily from limestone recycled from thousands of years of local reef-building, bordered by two national parks, and home to a diverse cultural community that mirrors its colorful aquatic ecosystems. Thus it is through site-specific artworks, advocacy, and films that Coral Morphologic seeks to elevate corals as the new icons for a 21st century Miami. In addition to his studio and lab works, Colin focuses his field research on communities of ‘urban corals’ that he has discovered living inside the waterways of Miami. It is Colin’s hypothesis that these corals may hold the secret to how corals may be able to adapt to less than ideal oceanic conditions in the decades to come. It is Coral Morphologic’s mission to hybridize art and science in such a manner that people of all ages will be inspired to consider the mysteries of life on Earth while under the influence of the corals’ fluorescent cosmic spell.

Hosted by Yo Space Gallery & Studios