Andy Crouch demonstrates how failure can not only be important, but if you allow it to be: fun!

Andy Crouch is an improv educator. In his talk he walks us through how taking the improv lessons from the stage to our creative pursuits can lead us to better versions of ourselves. 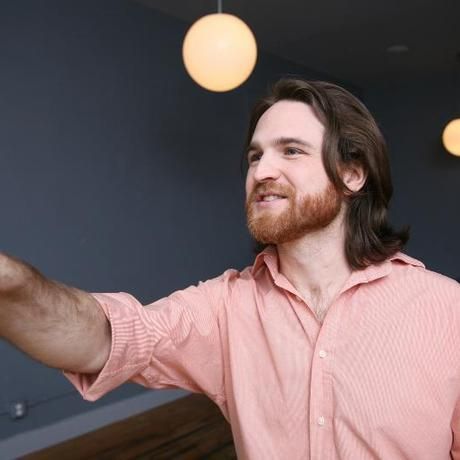 Andy Crouch is the Director of Education of the Hideout Theatre and organizer of the 2014 Applied Improvisation World Conference. He fell in love with improv in 2001 because it was scary and cool and seemed like it might change his life forever. More than a decade later he makes his living sharing the secrets of improv with students at the Hideout Theater, with companies across Central Texas and most recently at a non-English-speaking theater in Athens, Greece. He gets to invent and direct new improv shows every year, including Fakespeare, the Big Bash and the award-winning Live Nude Improv.

If you're not failing, you're probably not taking risks. — Andy Crouch

They've all these left brain voices, these things that we should be, that we've been programmed with over our entire life span, that, in improv, we want to beat down and encourage people to let go of so that they can start taking risks and play in that place where failure is gonna happen. — Andy Crouch

There is hope... that failure can be your friend, that you can change your relationship with failure if you want to. — Andy Crouch