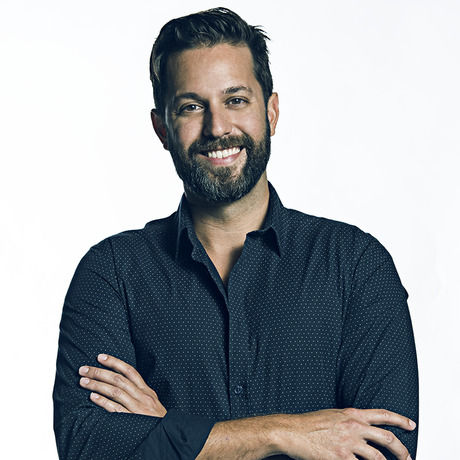 All in a day’s work: conceptualizing, planning, managing and implementing the inner and outer workings of several unique and successful restaurant concepts keeps Andreas Schreiner’s schedule spoken for. As Founding Partner and Managing Director of The Pubbelly Restaurant Group, this seasoned professional joined his now partners, Jose Mendin and Sergio Navarro, with more than 12 years of food and beverage management experience.

Schreiner learned the ropes of the restaurant business during his teenage years while working with his father at their family’s popular fine-dining concept Augusto’s Cuisine in San Juan, Puerto Rico. Schreiner was passionate about the family business. He was cultured, and the fact that he was fluent in four languages (Spanish, English, German and Italian) only helped his hospitality-driven, entrepreneurial spirit.

While acting Director of Food and Beverage at iconic Italian hotspot, Casa Tua Hotel, Schreiner was recruited to open the acclaimed Elysian Hotel in Chicago. The ultimate form of career-flattery, he willingly accepted the position as General Manager of Restaurant Operations and quickly solidified his strength with a dual “Best New Restaurant of the Year” nomination for both restaurants under his direction.

While the windy city treated him well, Schreiner would eventually return to Miami. When he started his career he held a position at the city’s most exclusive restaurant concept Barton G, but how his journey in the Magic City would come full circle, he could have never imagined.

In pursuit to have something of his own, he joined forces with culinary mavens Jose Mendin and Sergio Navarro to open an unpretentious, Asian-inspired gastropub, Pubbelly (2010). Quaint, conceptual and built on a budget, this Sunset Harbor neighborhood restaurant was literally a dream come true. Schreiner admits that while he knew the trio made a strong team, he was even surprised by the success of their first venture. Their popularity quickly birthed concept two, then three and then to the city’s fastest growing restaurant empire, The Pubbelly Group.

In addition to his responsibility of running day-to-day operations for all of their brands, Schreiner also has a heavy hand in their spirits program. While Schreiner’s adoration for wine and spirits cannot be measured, it can be found bottled in a private label wine that is available for purchase. While he has many successes to be proud of, his official sommelier certification from the Court of Master Sommeliers is an achievement for which he is still honored.