Being different is not the problem. 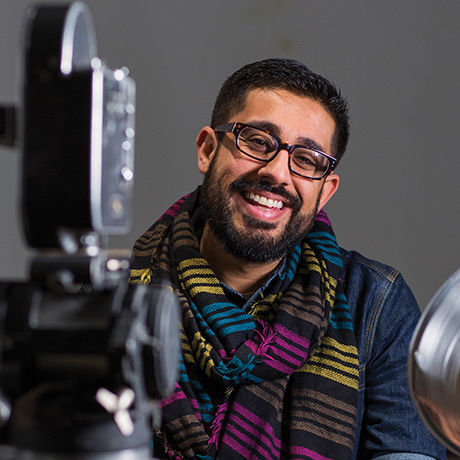 Adil Mansoor is a Pittsburgh based theatre director and educator. He is a founding member and resident director of Hatch Arts Collective, a group creating socially engaged performance since 2012. He has directed all Hatch productions including DRIFTLESS (Paul Kruse) and the collectively devised REASONABLE ASSURANCE. Adil also directed Hatch’s CHICKENS IN THE YARD (Paul Kruse), the inaugural production of Quantum Theatre’s Gerri Kay New Voices Program. He returned to Quantum in fall of 2016 to direct THE RIVER (Jez Butterworth). He has also directed with Pittsburgh Playwrights, Bricolage, Prologue, Gorilla Tango, and others.

As an educator, Adil has worked with many organizations including Middlebury College, The Mori Art Museum, and The Andy Warhol Museum. He is also the Artistic Director at Dreams of Hope, an LGBTQA+ youth arts organization in Pittsburgh, PA. Each year he works with a queer and trans youth ensemble to create an original play in addition to leading numerous workshops, trainings, and school program. Adil is also a member of the Heinz Endowments’ Transformative Arts Process, a grantmaking initiative aiming to support authentic and justice based arts education within black communities in Pittsburgh.

Adil was recently selected as a Point Scholar and will begin his MFA in Directing at Carnegie Mellon University as a John Wells Fellow this fall.