Embracing Risk, the Beauty of the Unknown

Nicole Banowetz Rotifers are Cute, and Other Stories

Aaron Maybin Embracing Risk, the Beauty of the Unknown QA 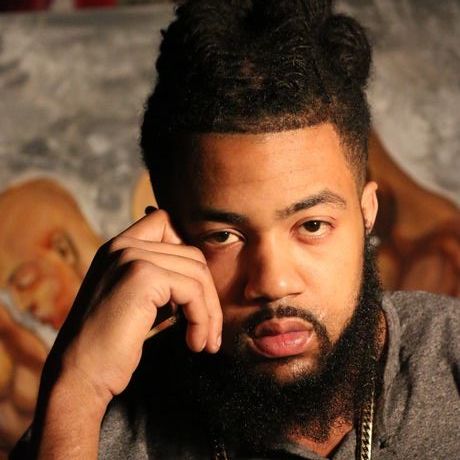 Aaron Maybin is an art activist and former professional football player from Baltimore City, Maryland. Maybin was selected as the 11th overall pick in the 2009 NFL draft by the Buffalo Bills as a former All-American defensive end at Penn State University. He went on to play in the NFL for the New York Jets and the Cincinnati Bengals in his 5-year career; and he also played professionally for the Toronto Argonauts in the CFL before making the decision to walk away from the game of football to pursue his career as a professional artist, activist, educator and community organizer. His transition from full-time NFL superstar to full-time artist and philanthropist has been extensively covered by ESPN, CBS, Fox 45, and even garnered an HBO documentary, which was warmly received by critics. His art, photography, and writing deal with many socially relevant themes and issues, drawn from his own personal experiences as a former pro athlete and growing up as a young black man in America. Maybin uses his platform and gifts to advocate for racial and economic equality, arts education, and programing in underprivileged communities across the country. In 2009, Aaron established Project Mayhem to provide aid, both personal and economic, to help underprivileged and at-risk youth excel beyond their current conditions. Through his work with Project Mayhem, he has implemented art workshops and curriculums into several schools in Baltimore City that have had budget cuts due to a lack of state funding. Maybin is a proud member of Kappa Alpha Psi Fraternity Incorporated, The Mayors “One Baltimore” initiative, and a Fox 45 Champion of Courage Award recipient for 2016. He continues to advocate for public policy to see that art programs are restored in the schools and more economic opportunities are provided for the underprivileged people of Baltimore.

To master risk, we first have to learn how to master fear. — Aaron Maybin

To be so crippled by the fear of the unknown, that you refuse to take a risk you end up missing out on a lot of what your life's blessings may end up being. — Aaron Maybin