See for yourself
All Talks Individuals Chapters
dxb

CM DXB James Piecowye on everything you do matters

CM DXB Kiran Sajwani on when it doubt do it anyway

CM DXB Randah Taher on using your intention to your advantage 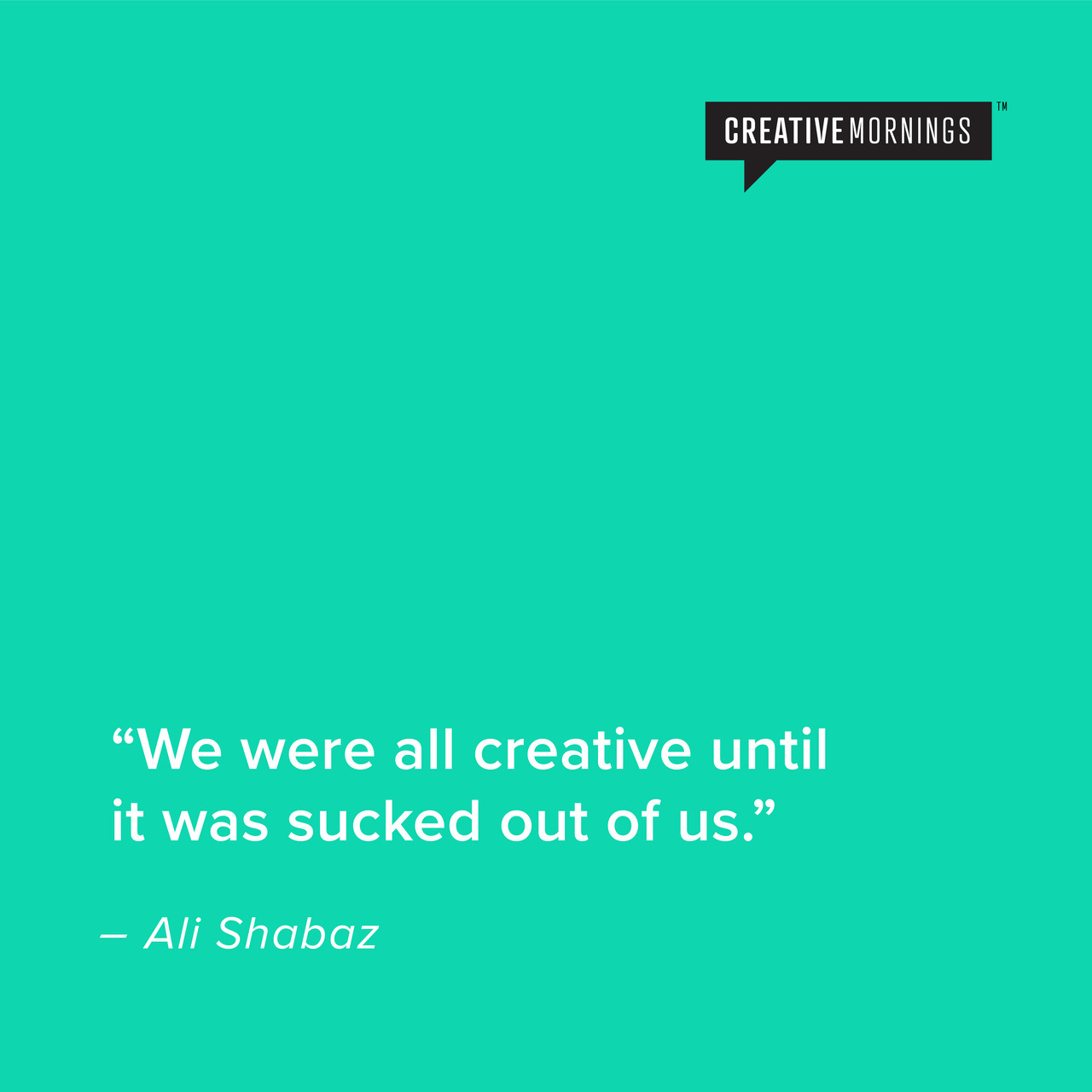 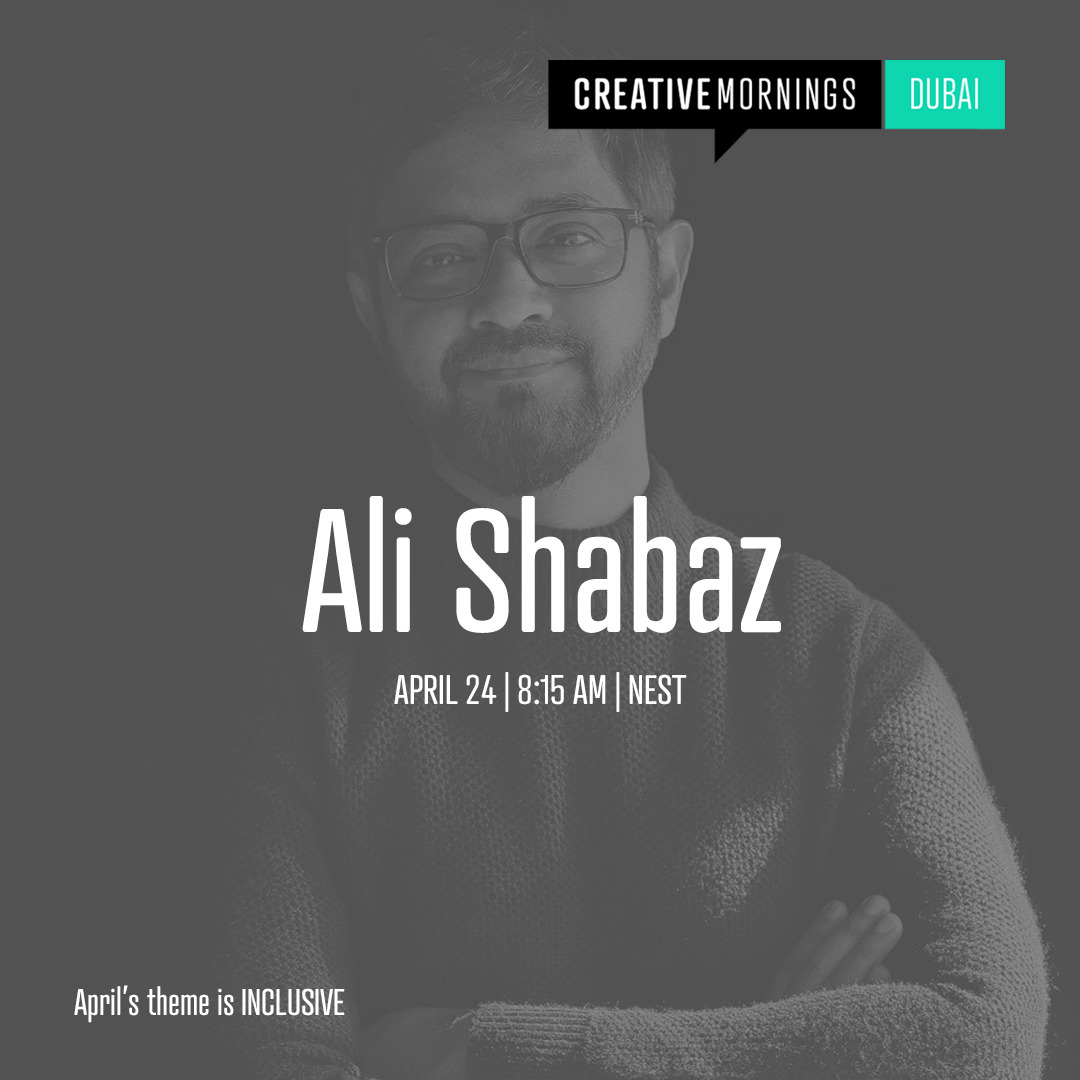 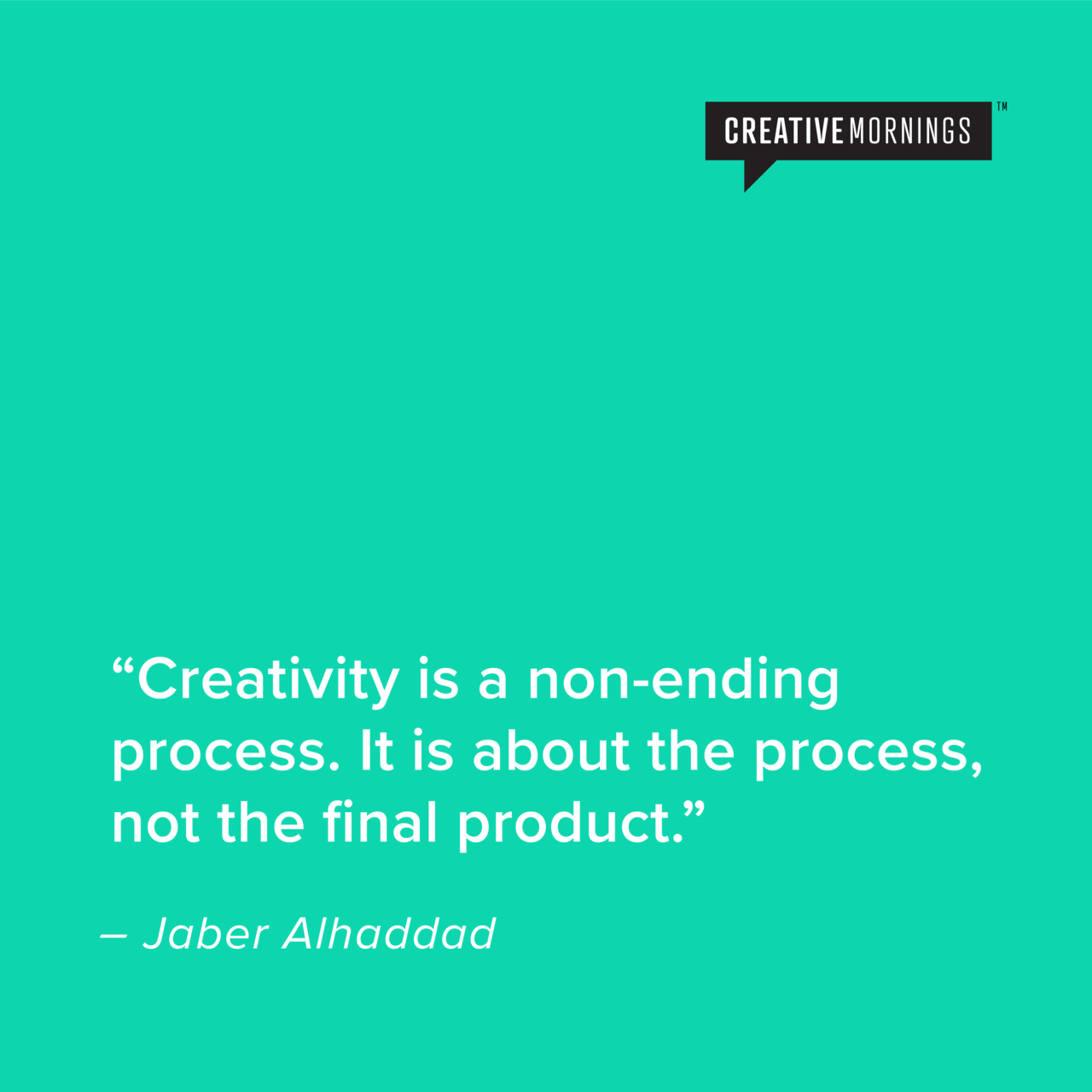 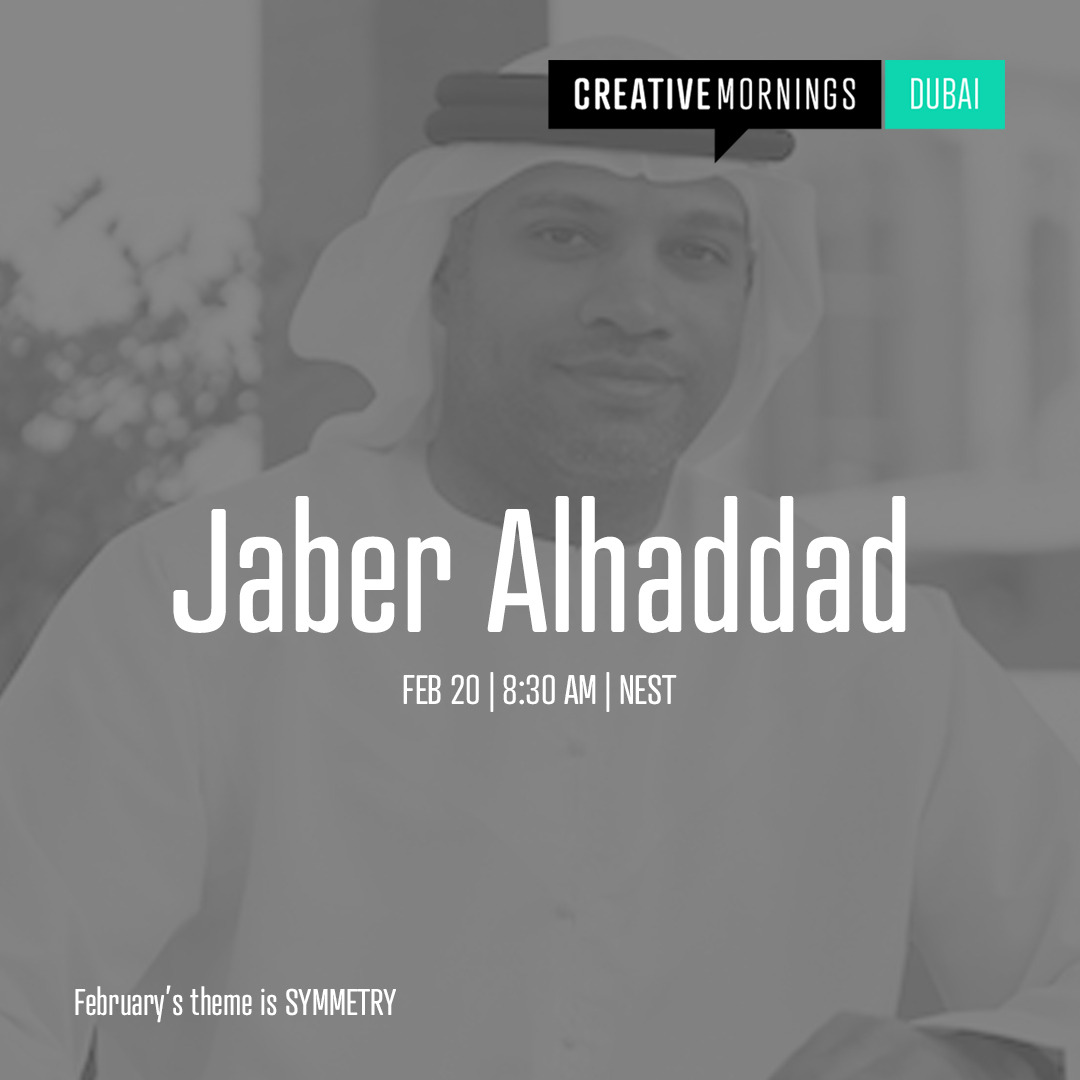 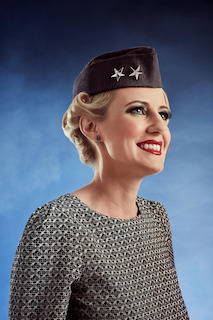 Lucy Bradley is in the house on the 16th! 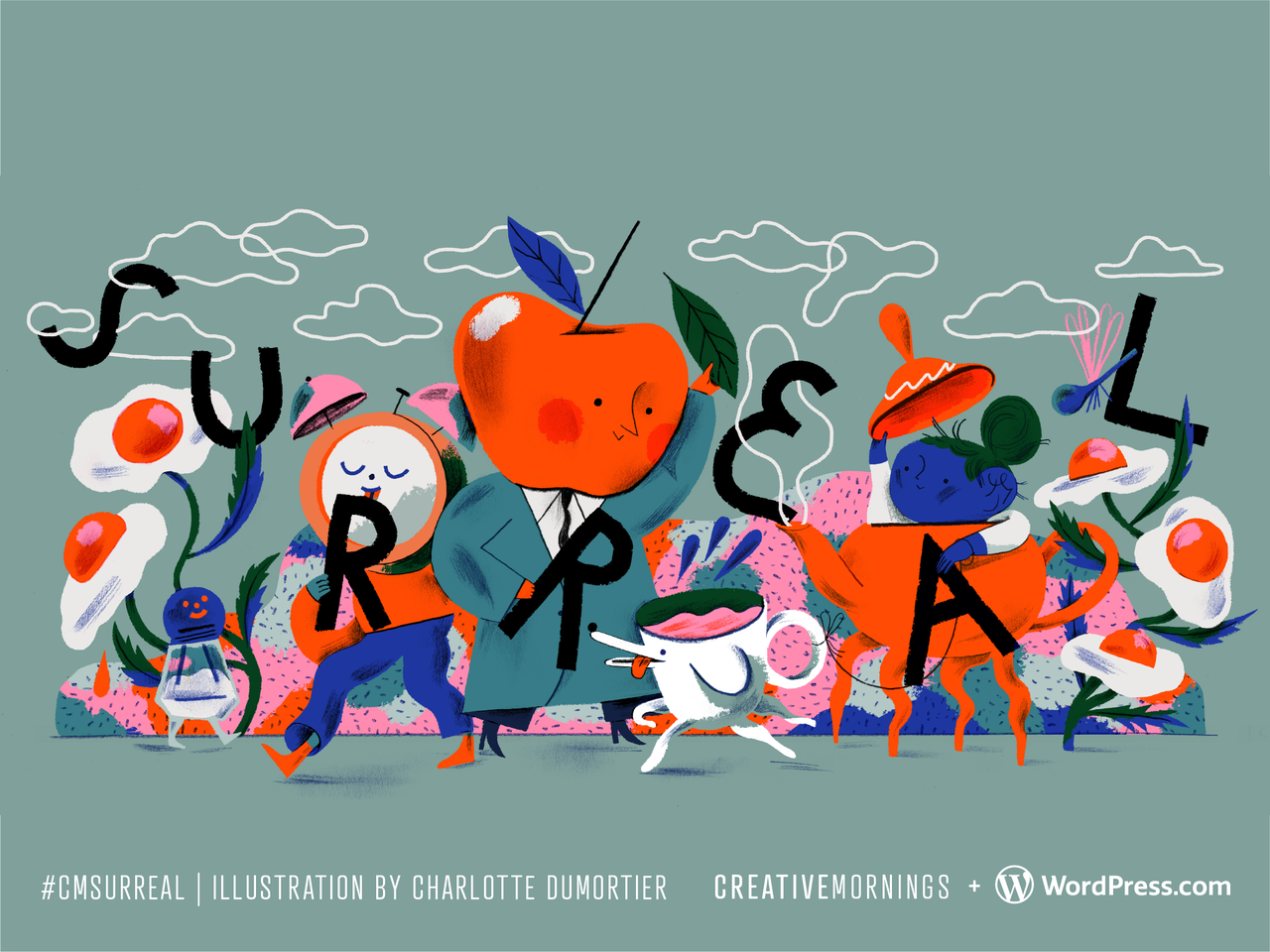 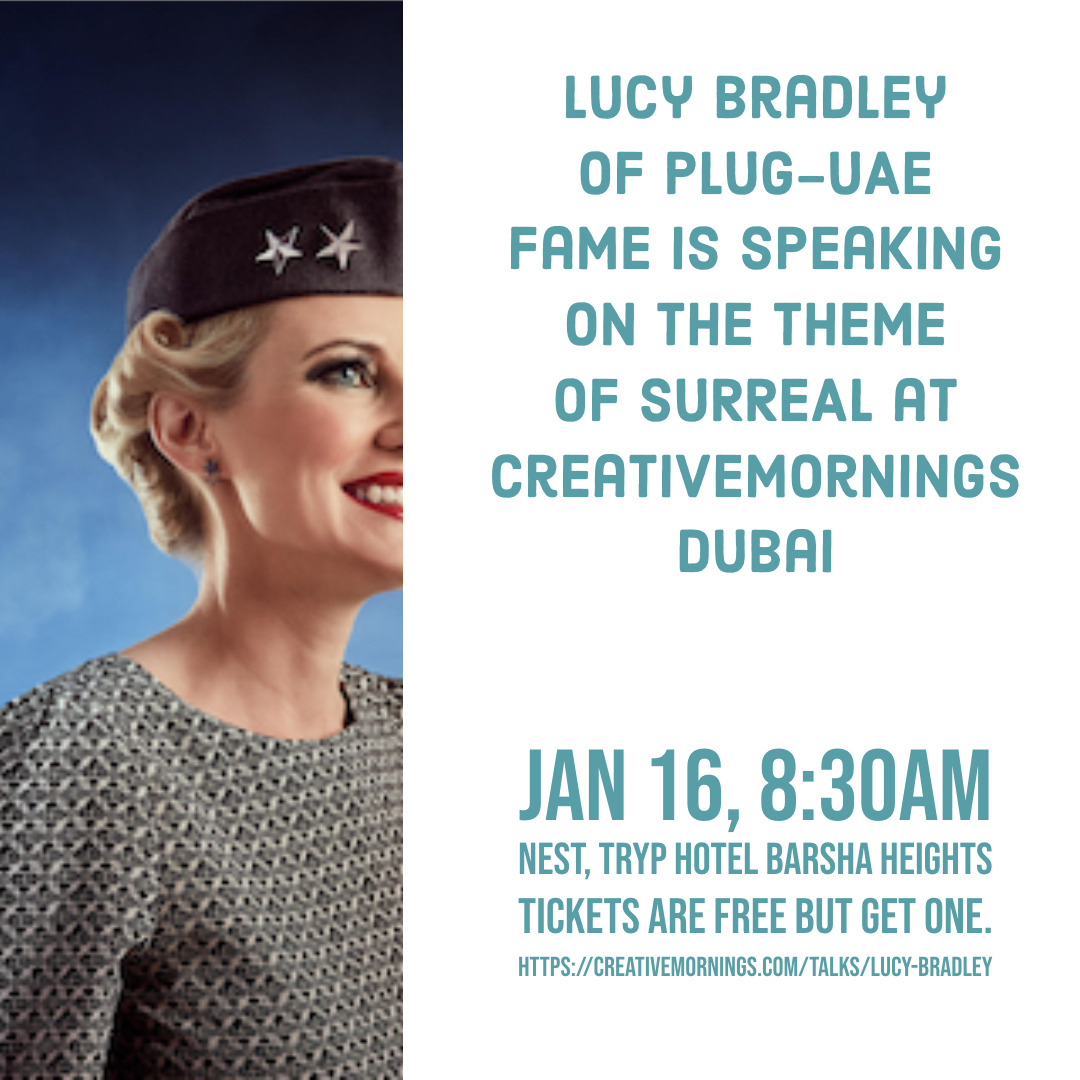 We are really excited to have Lucy Bradley joining us on the 16th.

When you look at the artwork of Frida Kahlo or Salvador Dalí,

there’s an element of surprise. Why does it feel familiar yet also

Surrealists sought to break free from the shackles of the rational

mind and dive into the deep end of the unconscious. The

canvas, then, became a mirror for what emerged out of that

process. This movement was inspired by events in the 1920s on

the heels of the first world war and continues to influence

artists, writers, photographers, and filmmakers. This cultural and

Today, we recognize a sense of the surreal in unexpected

immerse themselves in experiences that break reality. A ballet

performance or a silent meditation retreat can be a dreamlike

Whether we experience a surreal moment or dabble in

self-editing, there’s something to be learned about ourselves

exploration of Surreal and Charlotte Dumortier illustrated the

theme. SURREAL is presented globally this month by

Another great CreativeMornings in Dubai!

What a morning!  Helen Sell took us on a trip through her 18+ years in Dubai and her creative journey.

Things are never as they seem was a big reminder from Helen.

When the going gets rough go sailing and see what you can figure out, literally.

Friends are interesting and you never know how they are going to help or hinder your progress.

In the end what we learned from Helen is that her career has been a series of life restarts and without them she never would have gotten to where she is today BUT the path is never clear looking forward.

And there is James getting ready to launch the 41st CM in Dubai.

Michael Ogden the person behind the 360 videos at CM_Dubai.

Helen telling us her story. 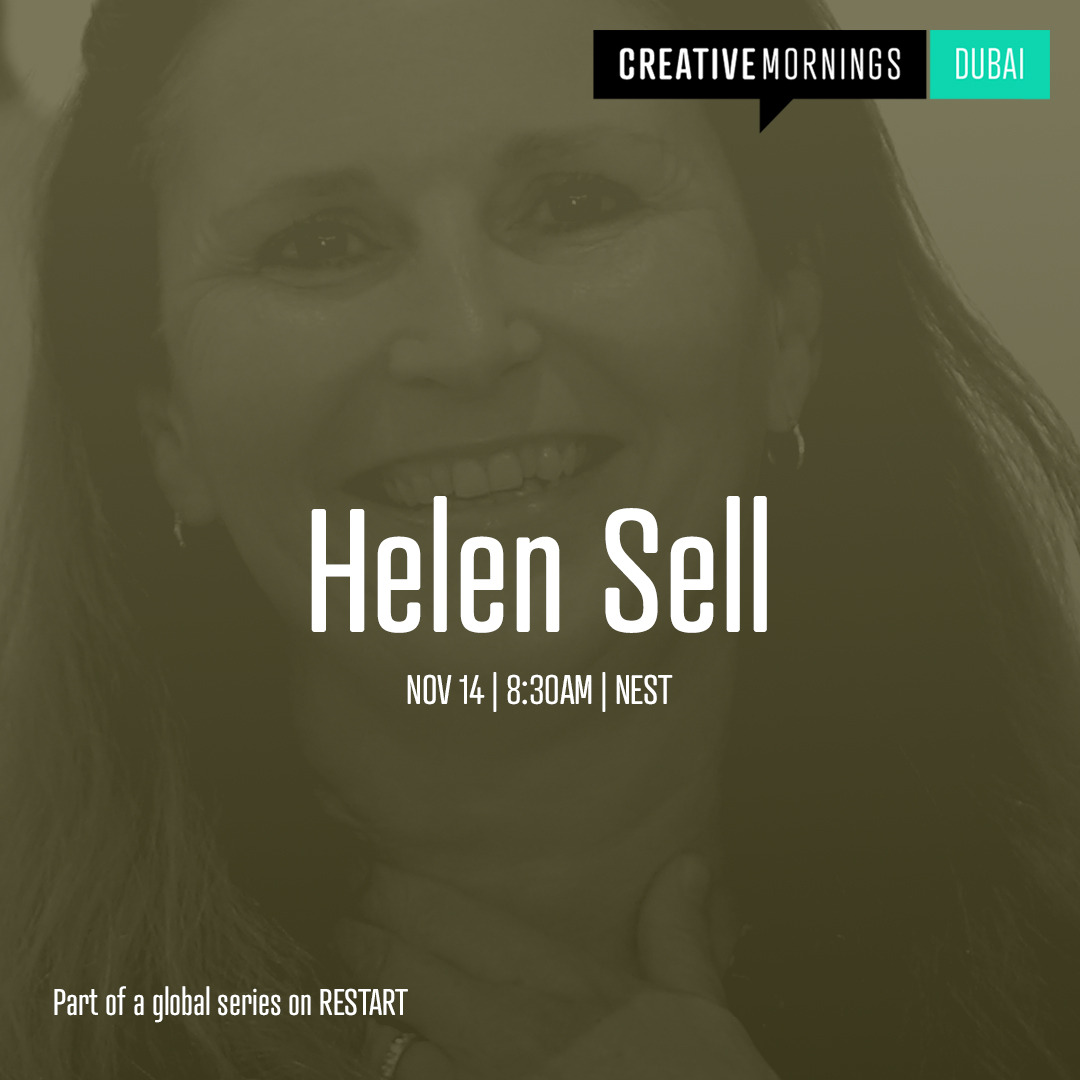 Honesty has been a virtue consistently made synonymous to righteousness and integrity, but what’s interesting to note is that over the years, the degrees of honesty that people openly follow, the amount of levy that we give to half-truths, the fine print, and marginal deceit; only seems to be shooting up. This isn’t necessarily in the worst of connotations: while a lot of debate about honesty (or rather, lack thereof) in public discourse is to do with politicians, world leaders, corruption and unaccountability; a lot of exaggeration and half—truths have become prominent in the light of advertising and branding. The kicker? This lack of full disclosure and complete honesty is often already known to consumers and people, and heavily normalised. The paramount element of stellar campaigns, the yardstick that separates impactful advertisements from those that aren’t, is innovation. And to make things look innovative, often times we see that saleability and usefulness of things are amplified through theatrical antics, gimmicks, and exaggerated claims. How honest this is, how ethical this is, is an open-ended question without a black and white answer, but to see Mohammed Saeed Harib’s perception of Honesty, tune into Creative Mornings this October, Wednesday the 17th at 8:30am.

Mohammed’s journey from an arts student to a pioneer for Emirati animation started in 1998 at the Northeastern University in Boston, where he studied General Arts and Animation. Mohammed first had the idea for FREEJ while at university but it took nearly ten years – and plenty of determination – for the show to come to fruition.

In 2009, building on his success with FREEJ, Mohammed directed the largest Arabic theatrical production in the Middle East, FREEJ Folklore. This unique stage show, which celebrates UAE heritage and culture, was staged at the Madinat Jumeirah Arena in both English and Arabic. It created the illusion of holographic animated FREEJ characters interacting with real life performers, and was accompanied by performances from the London Philharmonic Orchestra.

Back at the drawing board, Mohammed created and directed an Emirati cartoon series and a gaming app called Mandoos, which teaches children about UAE heritage and culture. He also produced 28 2D animated stories to feature in the Arabic speaking version of the TV series for kids, Sesame Street.

Mohammed’s talent has taken him overseas, and in 2015 he directed a chapter in Roger Allers’ animated Hollywood production of Kahlil Gibran’s, The Prophet. He worked alongside eight international directors, as well as Salma Hayek and Liam Neeson. Earlier, in 2013, Mohammed was a creative consultant for Kanye West’s art film Cruel Summer, which premiered at the Cannes Film Festival.

Staying closer to his Middle Eastern roots, Mohammed was the director of the UAE’s official 42nd National Day ceremony in Burj Park in 2013, and he is currently directing his first live action feature film with Abu Dhabi’s ImageNation. Further afield, he consulted on the official anthem for the Qatar Handball World Championship in 2015, and he is a Qatar World Cup 2022 ambassador for the Challenge 22 innovation award. Mohammed is currently working in partnership with the Qatar Foundation on three seasons of the animated Siraj series by the Qatar Foundation, which teaches Arabic to children.