See for yourself
All Talks Individuals Chapters
blog
Blog DEN 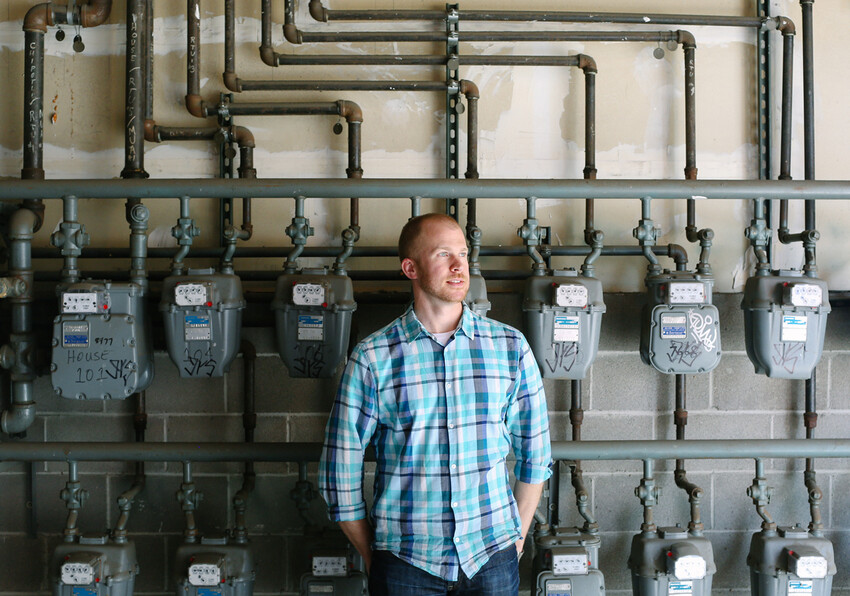 One of Many: RJ Owen

RJ Owen is the host our CreativeMornings/Denver chapter, the director of UX at Universal Mind, and a coffee nut. I spoke with him about his favorite CreativeMornings moment, and how he balances various gigs with his day job, family life, and more.

In addition to being the CreativeMornings Denver host, and a family man, you also have a demanding job as the Director of UX at Universal Mind. How do the day job and the side gig interact?

Universal Mind is really supportive of the creative community, and events like CreativeMornings. They sponsor our Denver chapter quite often, and have also started sponsoring in Grand Rapids, which is our other big design hub. Part of my role as a Director is actually making connections in the community and supporting the designers in our city, both because UM wants to give back and because they want to keep the brand strong among designers, so that helps a lot. Attending CreativeMornings and getting to know the speakers also helps inspire me, which gives me new ideas, and in turn makes me a better designer at UM.

How did you get involved with CreativeMornings, originally?

I heard Tina speak at SXSW and loved the idea of CreativeMornings. Denver’s a very collaborative / sharing / community oriented city, so I figured we had to have a chapter. When I learned we didn’t, I reached out to a number of other designers about starting one. When I found five or six other folks who had already started the application I knew we were on the right track. I joined forces with a few of them and we submitted our application, and the rest is history I guess. :)

The CreativeMornings community is made up of both freelancers and people with full time creative jobs. Many also combine both. How do you balance the two? Previous to my current job, I was a product manager at a startup for two years, and before that I was at a different agency for six. I’ve always freelanced on the side or done side work, but never had it as my full time source of income. If I were starting over, I’d probably start off doing some freelance, but I got my degree in physics and computer science, and then started my career as a programmer at a defense contractor.

Freelance is not really a typical part of the path for people in that industry. I’ve loved freelancing on the side, but it can be a lot of work when the day job is busy and there are outside things like CreativeMornings that also take time. We have three kids now, and as our family has grown I’ve cut back on the side work significantly. I might take one or two projects a year at this point.

What has been a highlight moment for you personally as CreativeMornings host?

Every event is different and they’ve all been fantastic so far-we just started last November. If I have to pick one high light, I’d say it was our first opening. Through just word of mouth and twitter marketing we got around 120 folks at our first event. It was really affirming and fantastic to see so many people want to be a part of this. Beyond that, it’s been regularly engaging with people in our community, both speakers and attendees, who I might not easily run into otherwise-Denver is wonderful and I love the people here!

To read about 34 other amazing creatives from the Denver community, please visit Wesley’s One of Many - Denver photo essay. One of Many is a monthly series of photo essays about twelve American cities and their creative communities.