See for yourself
All Talks Individuals Chapters
blog
Blog OAK 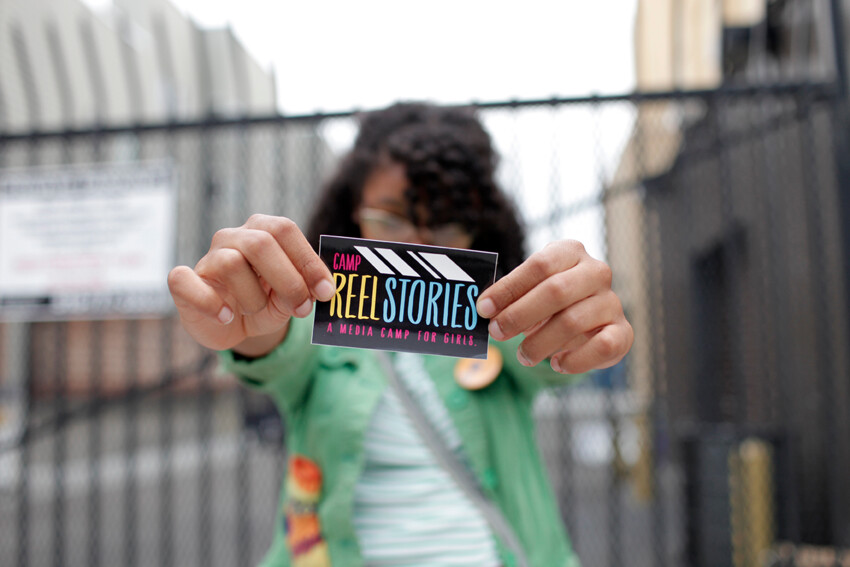 Esther Pearl is on stage at Pandora HQ joking with the audience after being asked, “Do you treat your students [at Camp Reel Stories] any differently?” She reiterates her talk’s message through a story where a girl had been crying for 45 minutes in the bathroom over her project, she walked up the stall and said, “You have ten minutes of my time.” To Esther, Camp Reel Stories is not about creating a therapy session, it’s about building an environment for young women to fail and grow in an industry that historically favors men.

Failure to represent women in media leads to a vacuum of leadership throughout our society.

After getting her M.B.A. at The Presidio Graduate School in Sustainable Management, Esther realized glaring gap in the media industry, mainly the gender gap. Despite greater social awareness of gender inequality, entertainment was still a majority male-dominated industry where comedies and dramas alike were written by men and starred men. Esther decided to launch Camp Reel Stories, a non-profit summer camp for girls aged 12-18 created to inspire them to create their own media. To illustrate her point, Esther’s presentation shared inspirational quotes ad nauseam to the audience. From Einstein to Roosevelt, history’s littered with men telling us that if we’re not failing we’re not doing something right. Esther showed us just how failure favors privilege; that those telling us to fail and fail again until our inevitable breakout breakthrough, were wealthy, white men with the comfort to make such mistakes. Those outside of the mainstream do not see failure as an avenue of success.

Esther shared a story of one young girl in tears claiming that if she didn’t make the best movie ever she’d be letting down her entire gender. She told her that maybe making the best movie at 16 wasn’t the best idea, since she’d be peaking pretty early. Despite the levity of the story, the message was clear that failure in a male dominated industry symbolized a closing door of opportunity beyond the young girl. The weight of succeeding is very real. A slide from Esther’s CreativeMornings talk.

Before the talk, I chatted with my neighbor who happened to personally know the month’s speaker, Esther Pearl. The theme was Failure, and I asked her what she thought her friend would say on the subject. She laughed for a moment and stumped she said, “You know, I don’t know, because Esther and failure aren’t two things that go together.” She added, “though, I know she doesn’t like public speaking.”

Nervous, as I’m sure anyone would be, Esther did not show it. After being introduced by CreativeMornings/Oakland organizer Ivan Lima as a producer in media of umpteen years, notably 15 years with Pixar overseeing Incredibles, Wall-E and Monsters Inc., the real focus was drawn into view: Camp Reel Stories.

For Esther, her goal became clear creating Camp Reel Stories: create an environment where everyone has the privilege to fail. It begins with one rule: You can’t let the company break up. The girls at Camp Reel Stories create their production companies day one, and under no circumstances may they break or reform.

She wants to dispel myths about women in the workplace, Esther explained, mainly that women can’t work together and—more importantly—that women in power are intimidated by other women. This last myth she dispels by bringing in juggernauts like Brenda Chapman (of Brave fame) or Jill Coltman (Director of Dreamworks) to be thought leaders and mentors to the campers.

Overall, Esther pressed, “If we don’t have a media that doesn’t look like our society, we won’t create a society we want to be.”

The media is a mirror of our society and right now, it’s a really twisted carnival mirror.

For a final message Esther challenged the crowd:

For people in power, look at your team, allow them to make mistakes and make sure they look different than you.

Interested in her talk? Check out the full version below. For more information about Camp Reel Stories please visit their site here. Forty percent of their campers receive financial aid, so don’t let your wallet keep you from learning about Camp Reel’s opportunities.