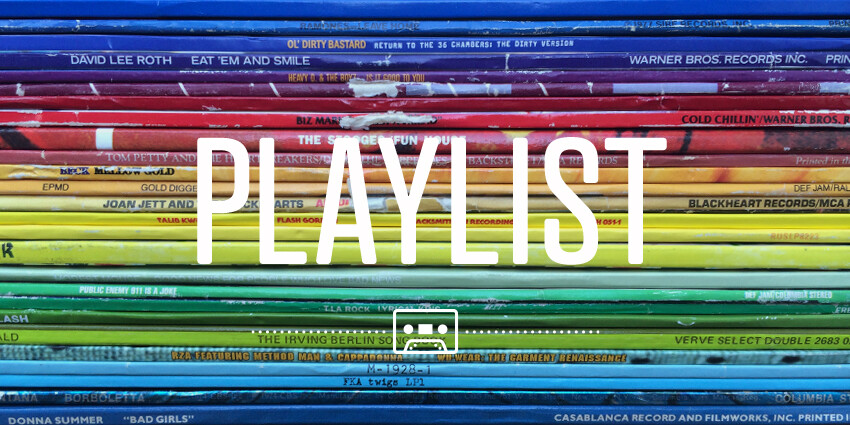 Color is a broad theme; it is a fundamental element of every aesthetic experience. Think about how effected you are by the color of an object. I still can’t eat browned bananas no matter how much sweeter they happen to be. Green is fresh, red cars are fast, blue drinks are cold, black glasses are even cooler.

Color is an indicator of content, purpose and value. I find it interesting that a lot of the language used to talk about color is also used to describe sound.

“I like the tone of those drums.”
“The acoustics in this room color the sound.”
“Those horns sound bright.”

Our senses are all interconnected. There is fascinating condition called synesthesia, characterized by one sensory experience triggering responses in different sensory systems. So, you might see something that evokes a physical sensation like a tingling or taste something that reminds you of a color. The most common form is called grapheme—or color synesthesia—where individual letters and numbers are perceived as having a specific color. In another form, sounds are associated with color, called chromesthesia.

I once worked with a designer who had this condition, he told me he could only listen to certain types of electronic music while designing… or maybe he was just justifying his predilection for bad house music.

I open the playlist with an instrumental song called “Yellow Theme” from the band Baroness. This band has three records with color titles, so I had to include them. The first in the sonic triptych is the “Red Album,” which is my favorite, followed by the “Blue Album” and finally the “Yellow & Green Album,” which contains the “Yellow Theme” track).

And back to the connection between music and color and design—the singer/guitarist in Baroness is also an amazing visual artist. Check out some of his artwork here. His style is unique and immediately identifiable, the subjects often looking like macabre classical roman sculptures. The surreal compositions are accompanied by strange iconography and symbolism. This is what a metal album should look like. “Festival of Colors” is one of the more hypnotic tracks from The Creatures. This band is fantastic—it was a side project of Siouxsie and the Banshees front woman Siouxsie Sioux and her drummer Budgie. The songs are very rhythmic, almost primal or tribal, a little like a drum circle (without all the patchouli). The cacophonous percussive tracks and background chants make me think of bursts of light, paint splatters and color explosions.

“Primary Colors” is from The Horrors second studio record by the same name. This is a bit of departure from the gothic garage rock of their previous record, “Strange House” (which is great btw). This track almost feels like something from the gloomy post-punk era, Psychedelic Furs or Bauhaus. It’s my favorite track on the record and reminds me of Iggy Pop’s “Candy.” Every record from this band is stylistically different and pretty good.

The original gypsy punks, Gogol Bordello, sing an ode to the most royal of shades, purple. “Start Wearing Purple” is great anthem (or drinking song depending on the time of day). Gogol Bordello is heavily informed by traditional gypsy music and other Eastern European styles of music. They also put on an amazing live show. If they are coming to your town anytime soon, do yourself a favor: throw on purple shirt and go.

Arthur Lee and Love have a number of songs with color related themes. I choose to include “She Comes in Colors” because of the sweet rock flute. If you are unfamiliar with the band, you should check them out. Love was a great psychedelic/garage rock band, they released some outstanding albums in the 60’s. Their record “Forever Changes” is regarded by most music nerds as their masterpiece, so maybe start there.

And how could a Color Playlist not include “Rainbow in the Dark”. Yeah, that’s right, I ended with Dio. Dig that opening keyboard line and let the colors of the rainbow flow through you.