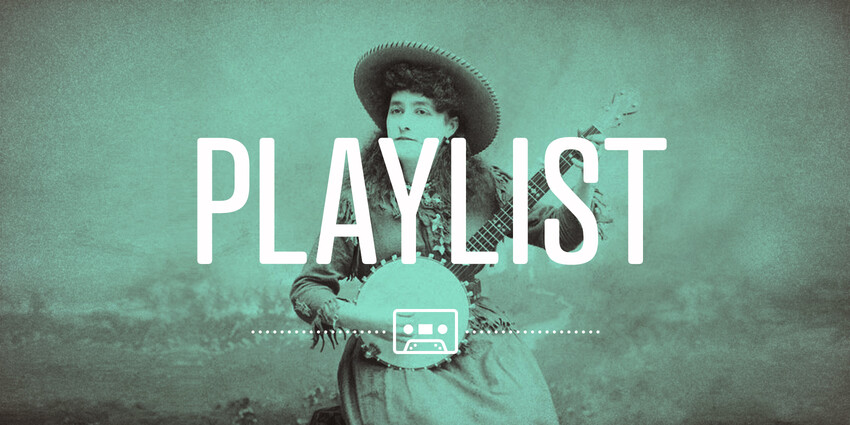 Calling all vanguards and trailblazers, this months theme is Pioneer. Artists are often pioneers, it goes with the territory, exploring undiscovered avenues and taking on the unknown is how we get to great art, right?

The musicians on this months playlist bring us tales of conquest, exploration and new frontiers. While there may be “nothing new under the sun?”, there is still plenty to discover. Pioneering is all about embracing the unknown and being the first to bravely try something. It’s about leading the way.

Hopefully these tunes will inspire you to go forth and conquer new challenges both big and small. Themes of discovery, breakthroughs, firsts, origination, exploration, and new horizons are woven throughout the playlist this month. Here are just a few highlights.

This playlists kicks off with the epic Justice banger, “Genesis”. This might be my favorite track from the French duo. You really can’t go wrong with sampling the ominous horns from the Godzilla theme song. Pharoahe Monch used it to great effect on his best track, “Simon Says”.

A little further down the playlist is the English band Bloc Party’s, “The Pioneers”. These chaps were one of a number great bands from the early 2000’s with a post-punk revivalist sound. The up tempo disco-y rhythm was a big hit on the dance floors at the time, not sure where it falls now, I guess maybe it’s classic rock?

One of my all-time favorite pioneering MC’s makes it on the list with “Follow the Leader”. Eric B. (the DJ) and Rakim (the MC) personifies everything that was so refreshing about late 80’s early 90’s hip-hop. Gritty minimal production, sample loops, scratching and clever rhymes. If you like what you’re hearing, check out their first record, 1987’s “Paid in Full”, it is one of the greatest hip-hop albums ever.

For something more contemporary, I included a new song from the Real Estate guitarist Matthew Mondanile’s solo project. Ducktails is the band/project and the song is “Map to the Stars”. This is chillwave at its best, listen to that flute riff, so smoooooooth.

The fine folks at the Denver chapter picked the theme this month, so I included a few tracks from the mile-high city. First from one of the co-founders of Pretty Lights, Michael Menert, is his acid-jazzy instrumental ,“Another World”. To be honest, I haven’t really listen to him before, but I dig it, it kind of reminds me of Dan the Automator stuff or maybe some of DJ Shadow’s less brooding work. Also, it turns out Apples in Stereo, is from Denver. I included their ethereal instrumental track “Innerspace” for good measure. It has a nice exploratory vibe to it, like maybe it’s the soundtrack to views from a submarine window? Although we are talking about land-locked Denver, so maybe we’re riding an eagle instead? Either way, it takes you on a nice journey.

I ended the playlist with some classic British heavy metal. This galloping rocker is about the darker side pioneering. If you know only one Iron Maiden song, it’s probably this one. “Run to the Hills” is a biting account of the atrocities committed by the “pioneers” against the Native Americans by the British colonists. This song doesn’t mince words, “…selling them whiskey, taking their gold, enslaving the young and destroying the old”. Brutal but true. This was probably one of the earliest songs of injustice that got me fired up as a kid. I remember it really sticking with me and it provoked some difficult conversations with my elementary school American history teacher.