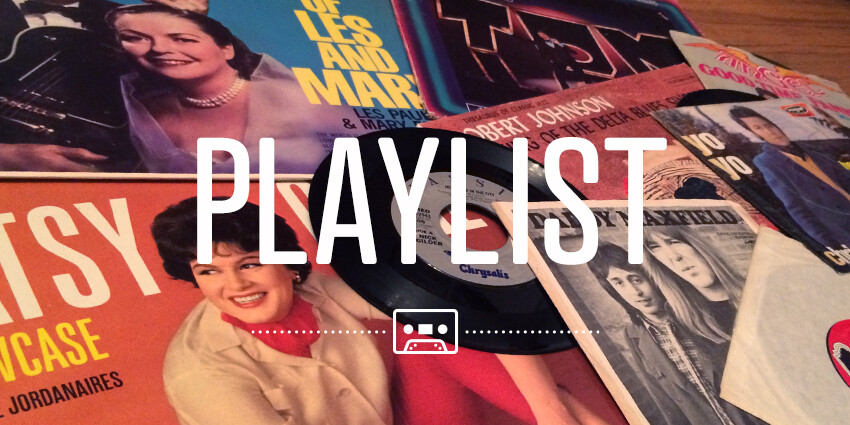 Heritage is an interesting concept. Things, ideas, behaviors that are passed or transferred from one generation to another through birth. Music and art is filled with examples of “heritage” or “inheritance” where the ideas, discoveries, techniques and styles are passed from one generation or artists to the next and built upon or used as a platforms for new creation or manipulation.

The playlist this month centers around this concept of inheritance, those things we are either born with or inherit from previous generations, both the good and the bad. Below the playlist are a few song highlights and some of my thinking on their inclusion in the list. Enjoy.

The opening track of the play list is the Smiths’“The Queen is Dead.” Morrissey scoffs at his hypothetical royal linage, “I was shocked into shame to discover how I’m the 18th pale descendant of some old queen or other.” Throughout the song he caustically rejects the antiquated monarchy and British nationalist notions—denying at least that part of British heritage.

Titus Andronicus’“A More Perfect Union” is filled with heritage, historical themes and overt references to iconic New Jersey related songs. Throughout the tune, lead singer Patrick Stickles plots his escape from the garden state. “No, I never wanted to change the world, but I’m looking for a new New Jersey. Tramps like us baby, we were born to die.” There is the obvious ”Springsteen“ reference, but the front part of that line is probably derived from Billy Bragg’s ”A New England.“ Both songs center around themes of running from the past or escaping. The line ”…counting cars on the New Jersey turnpike" is a nod to Simon and Garfunkel’s “America,” another song about searching. And, in keeping with the Civil War themes woven throughout this album, the chant at the end of the tune is pulled from the 1862 Union recruitment anthem “Battle Cry of Freedom” and the guitar line sounds like it’s based on a much older Irish folk song “Roisin Dubh.” American heritage is peppered throughout this song, from Lincoln’s speech at the beginning, to the incorporation of lines from “John Brown’s Body” an old civil war song about abolitionist John Brown.

More on the modern history side of things, Nick Cave’s side project Grinderman spits out a gnarly homage to the spirit of proto-rock-n-roll with “Get It On.” It’s a 3-minute rager that aggressively builds over a relentless riff, so distorted it’s barely melodic. Cave seems to be constructing a rock-n-roll Frankenstein, equal part Elvis, Little Richard and Nick Cave? This composite or personification is rock-n-roll heritage incarnate. At least that’s my interpretation, or maybe it’s about Prince, what do I know?

The playlist closes with Minor Threat’s “Salad Days.” The song has always reminded me of the Chamber Brother’s “Time Has Come Today”. I wonder if it’s an intentional reference? The Minor Threat song is an uncharacteristic track for them, a bit more melodic than some of their other songs. It was recorded 2 years after the bands break-up. It’s a reflective song, referencing the DC hardcore scene that they themselves were instrumental in creating and the glorified heritage of the “good old days” of the scene. MacKaye clearly thinks the nostalgia is invented:

"Do you remember when?
Yeah, so do I
We call those the good old days
What a fucking lie
I call it a lie.”

Are there other tracks I should have included? Post your suggestions in the comments below. See you next month!