Christian Österlind Forget about being a specialist 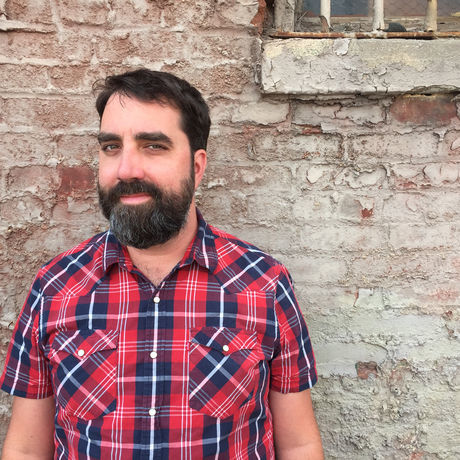 Will Russell is a small business owner and mental health advocate from Louisville, Kentucky.

In 2002, he co-founded Lebowski Fest, a traveling festival that celebrates the cult-comedy The Big Lebowski. Lebowski Fest, which includes bowling, costume contests, live music and a screening of the movie, is held annually in Louisville and has held over 90 events in 30 cities across the US as well as overseas. In 2007, he co-authored the LA Times Bestseller “I’m a Lebowski, You’re a Lebowski” which has been translated into five languages and was republished in 2018. Lebowski Fest has been featured in many major media outlets such as New York Times, BBC, VICE, Rolling Stone, Nightline and most recently CBS Sunday Morning among others.

In 2005, Will opened the WHY Louisville store which featured t-shirts designed by local artists celebrating Louisville pride. WHY Louisville grew quickly and opened a larger location with an in-house screen printing shop after a few years and began to host art shows and special events. WHY Louisville would go on to open a second location and was a thriving local business before abruptly closing in 2015.

After a public manic episode in 2015, Will spent years recovering and founded a mental health advocacy nonprofit called Everything Will Be OK Project and has recently launched a roadside attraction and gift shop modeled after WHY Louisville called The Marvelous Mystery. He is also developing a major motion picture called “Everything Will Be OK” which will help normalize the topic of mental health and show what mental illness looks like. Will is also the founder of Caddyshack Fest.

Will is the proud father of a six-year-old daughter and is looking forward to discussing the topic of restarting. It’s a nice day to start again.

Hosted by The Pointe