Whitney Lewis-Smith helps us break out of our rational minds and into the surreal. 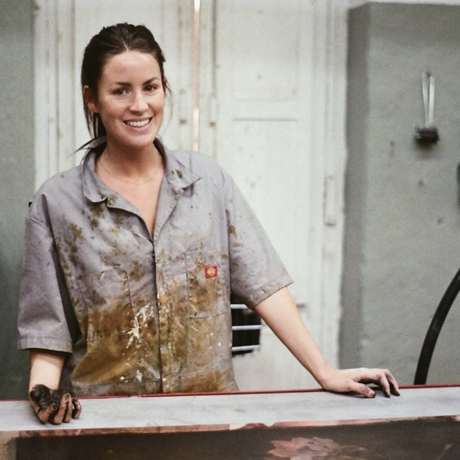 When you look at the artwork of Frida Kahlo or Salvador Dalí, there’s an element of surprise. Why does it feel familiar yet also otherworldly?

Surrealists sought to break free from the shackles of the rational mind and dive into the deep end of the unconscious. The canvas, then, became a mirror for what emerged out of that process. This movement was inspired by events in the 1920s on the heels of the first world war and continues to influence artists, writers, photographers, and filmmakers. This cultural and artistic movement ushered in new techniques that helped humans expand their minds.

We couldn’t imagine a better speaker to break us out of our rational mind and into the surreal than Ottawa’s own Whitney Lewis-Smith!

Whitney is a Canadian photo-based artist. Her work uses a combination of historic and modern photographic processes as a means to speak on contemporary topics, most recently discussing consumerism, commodity accessibility, and globalization’s impact on the environment.

By referencing Dutch golden era floral tableaus, Whitney highlights the evolution of humanity’s relationship with the planet. A painting from the 17th century displaying various flora and fauna that could never have existed together has now become a reality to almost anyone at the tap of a button.

Her seemingly living moving scenes are made predominantly using insects, animals, and plants that have died, but this only becomes apparent upon close inspection. The result is a subtle tension, engaging the viewer’s fascinations and fears.

Lewis-Smith challenges viewers’ distance from the ecological; her pieces evoke childlike curiosity while simultaneously directing us to consider the profound environmental changes we are giving rise to.